This year's Army-Navy football game is raring to go, and we’re getting revved up for the game of the year. Last December, Navy boosted their cumulative lead over long-time rival Army Black Knights with another win, notching a total of 62 games in the win column versus the Black Knights’ 52 in their long and tumultuous history. The games are the stuff of legends, drawing crowds of 80,000 and up. There’s also a television audience of 7.57 million screaming fans tuning in. Even as exciting as the games? The uniforms.

Related: The Army-Navy Game: A Battle for the Ball—and Bragging Rights.

Time to Suit Up

Each year since 2014, the U.S. Naval Academy has had a partnership with Under Armour to design a set of uniforms just for this game. With handcrafted helmets and meaningful details throughout, they are as much art as they are uniforms. Let's take a look at last year’s; they are sure to get you fired up for some Navy midshipmen football action. Then read on to see the uniforms that dropped yesterday. These are the ones that will carry our midshipmen on to victory on December 10, 2022, at Lincoln Financial Field in Philadelphia.

Straight off the flight deck of a state-of-the-art aircraft carrier, the “Fly Navy” uniform celebrates all that is great and daring about our naval aviators and their F/A-18 Super Hornets. It conjured up “Top Gun” and the powerful mystique surrounding these elite fighters. 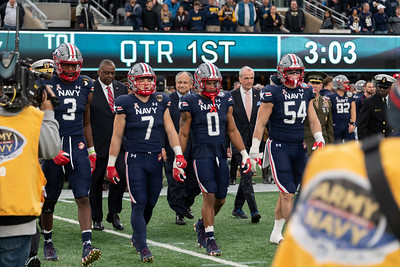 The “Fly Navy” creators described its conception like this: “Using one of the most famous naval career paths as an inspiration, the 2021 ‘Fly Navy’ Navy football uniform highlighted the classic American symbolism and the most utilized multirole fighter jet in aircraft carrier aviation…. Unmatched across the globe, America's fleet of eleven nuclear-powered aircraft carriers can deploy up to 44 of these strike fighters at a time…the Super Hornet will remain the backbone of the carrier air wing well into the future.”

Whether it was carrying the football across the goal line or carrying America’s fighting force across enemy lines, this uniform captured the danger, strength and power of the women and men who serve our country in the U.S. Navy, the Marine Corps and as midshipmen at the Naval Academy. 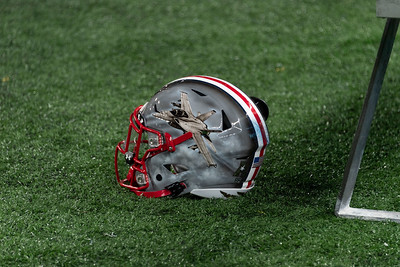 Helmet: It took three hours to hand paint each accurate F/A-18 Super Hornet and its plating onto the helmet. The back showcased three sets of wings recognizing the three critical groups within naval aviation that must work together for successful missions: naval aviator, naval flight officer (NFO) and aircrew. The helmet also featured a roundel identical to that on the aircraft, which has been in use since January 1947. These military aircraft insignias have identified nationality since the beginning of military flight.

These Navy football uniforms carried Navy to victory on December 11, 2021, and they continue to inspire Navy lovers everywhere.

The December 12, 2020, game featured a uniform just as dramatic as the “Fly Navy” one. Celebrating 175 years, that year's Army-Navy football uniform embodied “the Naval Academy's historic grounds and the legends who have walked them.” Tying in leadership, service and tradition, the uniforms featured the marble stone in the iconic Naval Academy Chapel and Bancroft Hall. This design also called to mind the frothy whitecaps on the high seas. Under Armour dubbed it "Ocean Camo."

Uniform Design
Shoulder: The uniform was crisp white with a navy blue ocean camo accent on top.  Nodding to an institution nestled on the banks of the Severn River and the shores of the Chesapeake Bay, the ocean motif also recognized “the legends who have walked the Yard and gone on to serve as surface warfare officers, pilots, SEALs, submariners, Marines and more.” The U.S. Naval Academy's gold seal, brilliantly set on each shoulder, connected to the Academy’s mission of developing midshipmen morally, mentally and physically.

Helmet: Each helmet was hand painted in navy and white to mimic marble. Each featured the same six gold strips found on the pants, which represented the original six frigates of the fledgling Navy. They also reflected the many gold accents found throughout the Yard.

Time for the Big Reveal… 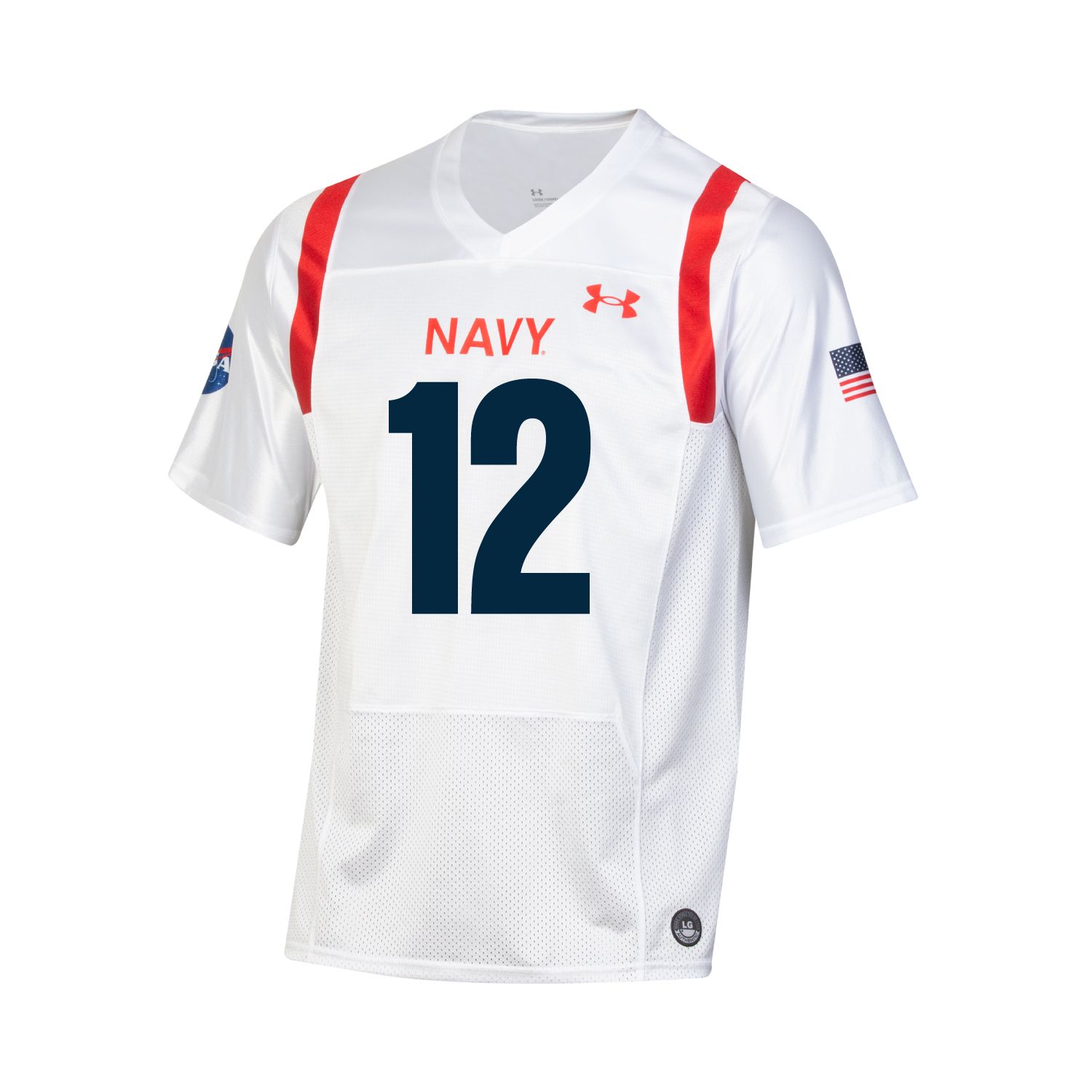 Today, we are dropping the uniform design for 2022.

Introducing….From the Sea to the Stars. The 2022 Army-Navy Rivalry Collection design honors the U.S. Naval Academy graduates and the U.S. Navy service women and men who have gone on to become astronauts and quite literally traveled from the sea to the stars - and back again.

The uniform features a crisp, clean white base color with red stripes. Adorned on the sleeves are the American flag and NASA "meatball" logo to recreate the spacewalk suit and pay homage to the large contributions the U.S. Navy has made to space exploration. Even the Helvetica font, used by NASA for decades, is used for the numbers and wordmark. Notable U.S. Naval Academy graduates like Alan Shepard, Charles Bolden, and Sunita Williams have become astronauts and dedicated their careers and lives to studying space and advancing science here on Earth.

Every helmet has hand-crafted paintings of the iconic photo of McCandless untethered with the Earth in the background. The other side of the helmet features the classic NASA logo with the Moon behind it. The astronaut pin, first given to Mercury 7 astronauts, is depicted on the stripe of the helmet from front to back. The astronaut pin is also found on the palm of the gloves and the side panels of the uniform pants.

If you’re going to be cheering on the Midshipmen on December 10th, make sure you’re decked out in the limited edition From the Sea to the Stars rivalry collection gear. Stay warm at Lincoln Financial Field in Philadelphia with the hooded sweatshirt and pom beanie, or cheer them on from your living room wearing a Beat Army tee and ballcap. 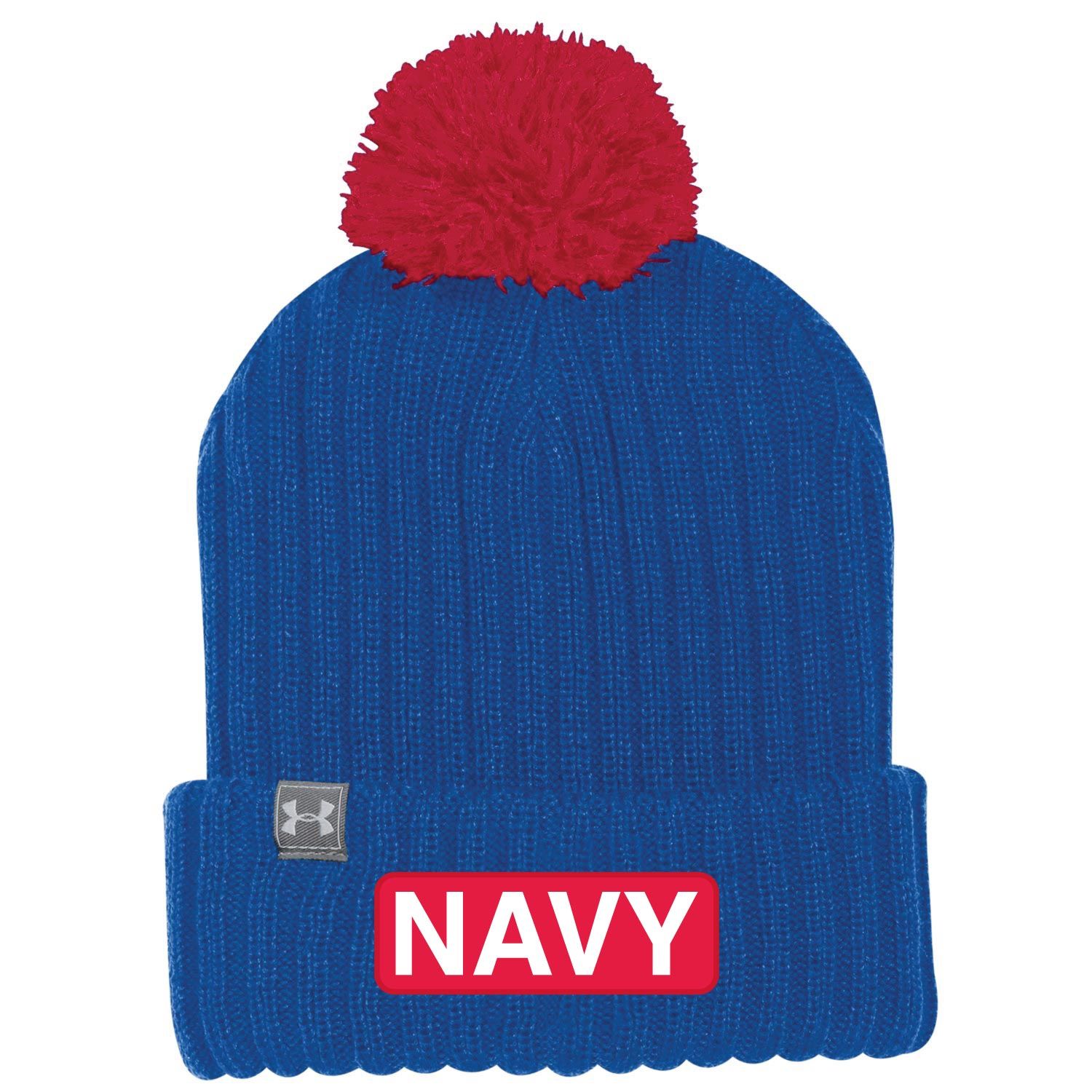 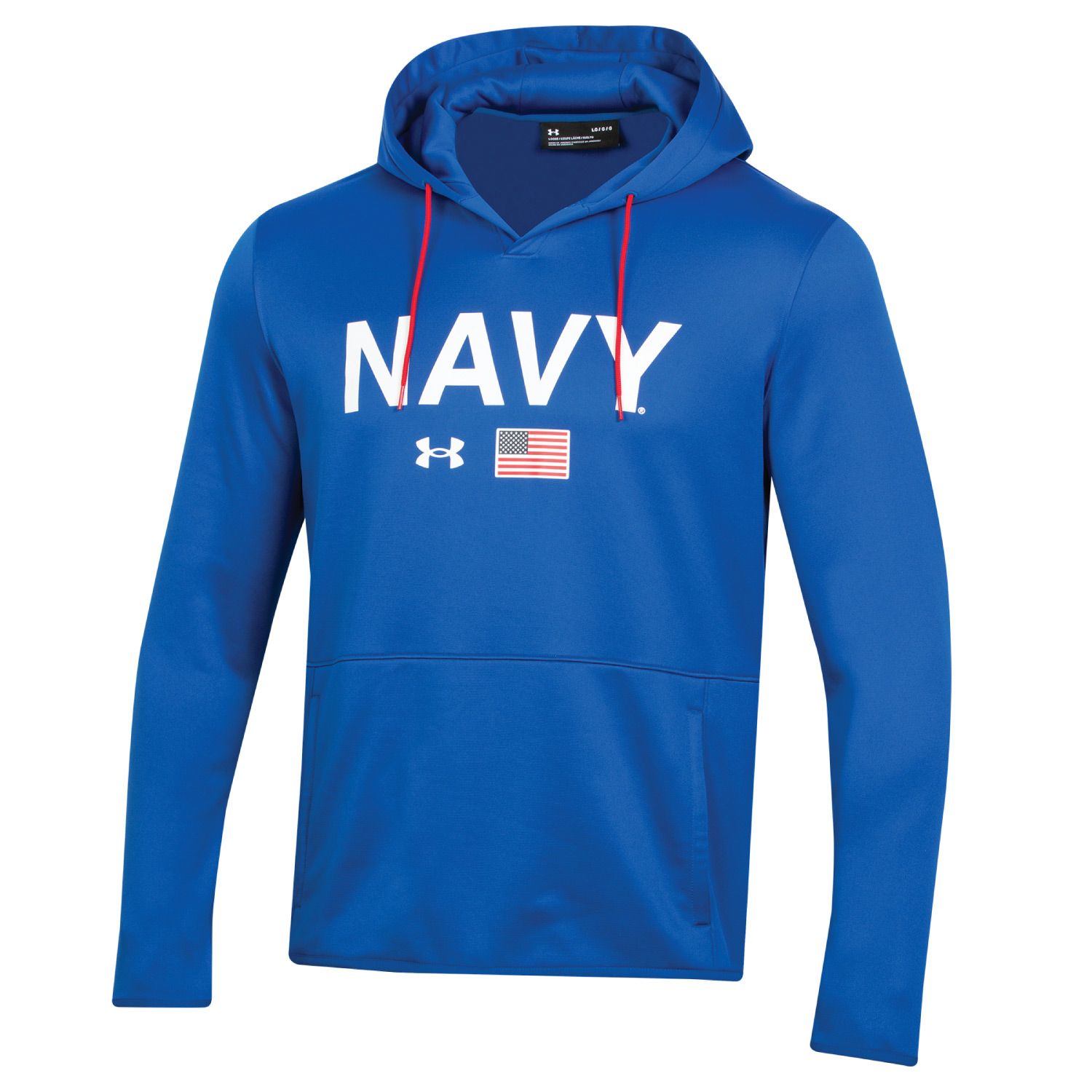 You can find all of the limited edition rivalry collection gear exclusively at Navyonline.com, in the USNA Gift Shop and at the MidStore. Don’t wait—if you hesitate, you might miss out on these limited edition finds. Get the gear that is going to win it all for the Midshipmen this year. And don’t forget that all proceeds go to support the Brigade of Midshipmen. Grab your rivalry gear now and Go Navy! Beat Army! 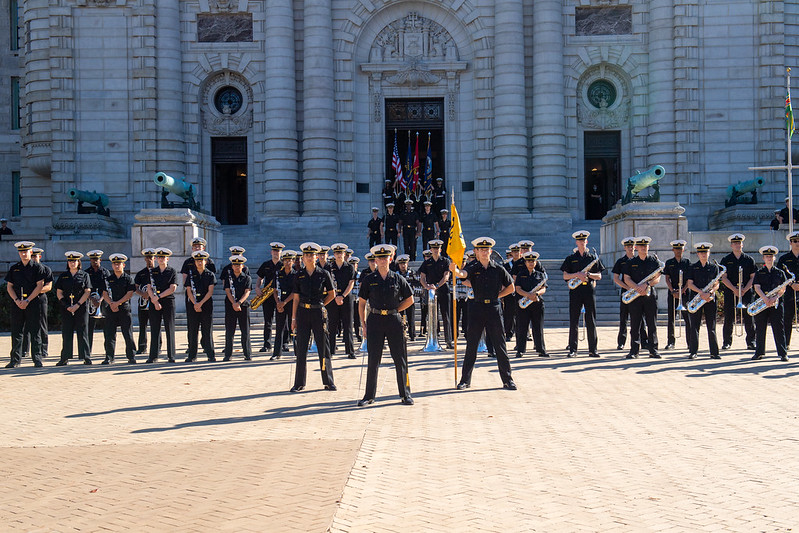