100 Objects: A History of the Navy 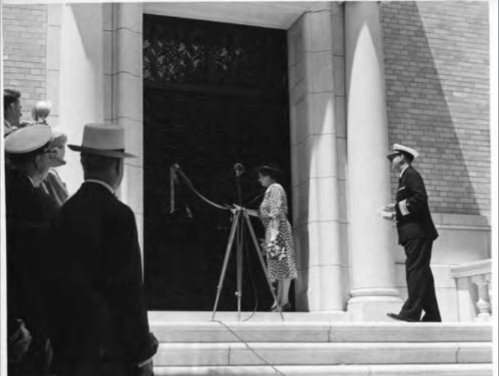 We as a species are fascinated with the past. It’s a curious characteristic of mankind. Our history is something that delivers information, entertainment, and a sense of identity and community. But as intellectually oriented as humans are, oral stories and written descriptions only satisfy our curiosity to a certain point. Nothing brings history to life more than physical remnants of days gone by. Artifacts that we examine with our senses, provide credibility to what might otherwise be dismissed as myth or embellishment. We are drawn to the tangible and often fragile connections to our past like magnets.

Maritime history holds a special place in the heart of all who love the sea. For thousands of years and across the globe, seafarers have been setting sail for adventure, exploration, and trade. As nation-states grew and conflicts were encountered, a special segment of maritime history began to unfold, naval history.

Taking part in the presentation and preservation of US Naval history is the United States Naval Academy (USNA) Museum. With exhibits spanning two floors in Preble Hall, visitors will discover the history of sea power, the advancement of the US Navy, and the role the USNA played in educating and developing future officers tasked to lead naval forces.

In a unique approach to sharing the USNA Museum’s collection with all who possess a desire to connect with the past, understand the present, and prepare for the future, the “A History of the Navy in 100 Objects” project is accessible using modern-day technology.

The impetus of the 100 Objects project stems from a British Broadcasting Corporation (BBC) podcast series covering the history of the world. Inspired by the series, Midshipman Chris O’Keefe, Naval Academy Class of 2012, and cameraman/editor Matt McMahon, spent two years working to bring the project to life.

With assistance from volunteers, midshipmen, staff from the United States Naval Institute (USNI), the USNA Museum, and Nimitz Special Collections and Archives, O’Keefe and McMahon recorded dozens of interviews and dove into the research of the 100 objects examined in their series. The time and energy put into the project are reflected in how fantastically it brings the objects to life and tells an enchanting history of the Navy.

Fittingly, the 100 Objects series kicks off with one of the most famous sites on the grounds of the USNA, the Crypt of John Paul Jones, known as the Father of the American Navy. Other notable episodes featuring Naval Officers include a bronze bust of Admiral Richard Byrd, and an interview with the late Senator John McCain discussing his time in the Navy.

Narrated by O’Keefe, some of the more unusual objects presented in the series include the death mask of Commodore Charles Stewart, a barnacle-encrusted light bulb recovered from the wreck of the USS Maine (one of the first ships designed with electric power) and a table and chairs given to the “Great White Fleet” by the Dowager Empress of China and the strategic impact the gift had.

Learn more about “A History of the Navy in 100 Objects” from the series itself. Subscribe to the podcast and listen to all 100 episodes by going to Apple Podcasts. Those who appreciate supporting visuals may view the video series on YouTube. And social media fans can follow the 100 Objects project on accounts specially created by the Nimitz Library on Facebook and Twitter.

The collection of 100 objects may be found at the USNA Museum, located in Preble Hall. It’s open daily (excluding Thanksgiving, Christmas, and New Years Day), Monday through Saturday 9 am to 5 pm, and Sundays, 11 am to 5 pm.  Admission is free. *Due to the pandemic, the Yard including the USNA Museum is closed to the public until further notice* 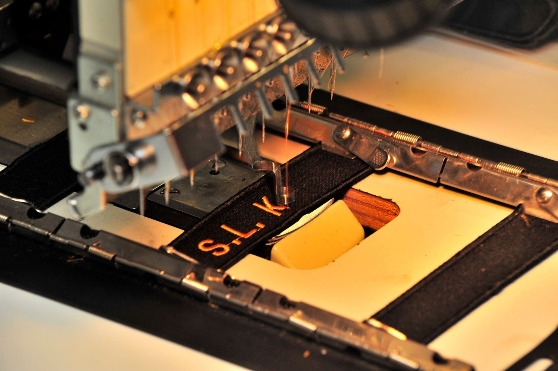 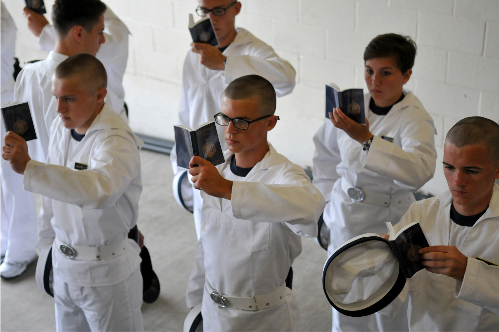