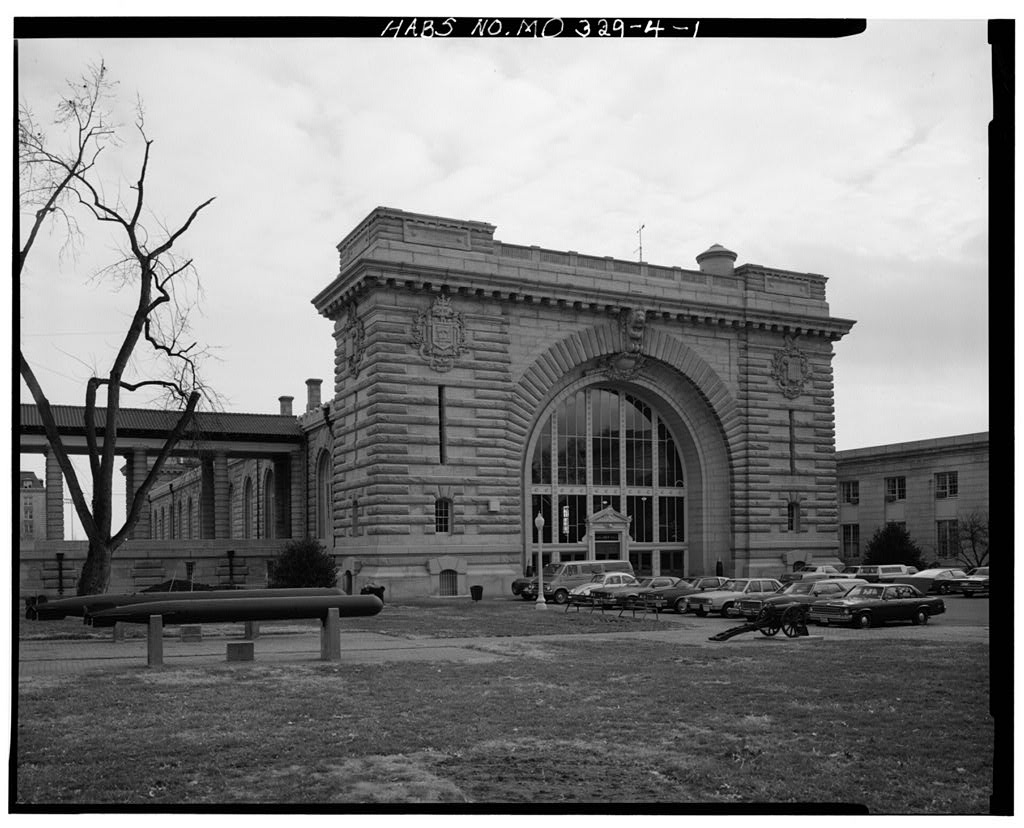 As circumstances evolve, so do requirements; and places and spaces are replaced or repurposed to meet current needs. The United States Naval Academy (USNA) is no exception. Throughout the years, the USNA has seen both transformational and preservational changes.

Established in 1845, the USNA is located on the former grounds of Fort Severn. Similarly, Fort Severn was built on the site of an American Revolutionary War fort, originally intended to protect the Annapolis harbor from attacking British forces.

By the mid-1800s, the need for protection from the British had waned, and the Secretary of War William L. Marcy turned Fort Severn over to the Secretary of the Navy George Bancroft, enabling Secretary Bancroft to establish an onshore naval school.

With such rich military history, it’s not surprising to learn that the entire campus of the Naval Academy is a National Historic Landmark. However, there are many additional historic sites, monuments, and buildings on campus, including Dahlgren Hall.

Dahlgren Hall has seen its share of change and repurposing over the years. Designed by architect Ernest Flagg in 1898, Dahlgren Hall originally served as the Academy’s armory. It was appropriately named after Civil War-era Rear Admiral John A. Dahlgren, who founded the Navy’s Ordnance Department during his tenure at the Washington Navy Yard, and invented scientifically designed large-caliber guns for the Navy.

Ernest Flagg was well-regarded for the Beaux-Arts style of architecture, urban reform, and social responsibility in architecture. Dahlgren Hall is an example of the short-lived Beaux-Arts style, characterized by order, symmetry, grandiosity, and elaborate ornamentation. Resembling 19th century European train stations, its utilitarian design was intended to convey the granite building’s intended purpose as an armory, but also convey the strategic and groundbreaking views of Naval supremacy espoused by Rear Admiral Alfred T Mahan. Part of the utilitarian design left the interior of the building sparse, leaving the metal trusses exposed. The immense and imposing metal gates further conveyed the building’s purpose as an armory.

As a proponent of socially responsible architecture, Flagg was credited with reform in American architecture to include economical design intended to ease the housing crisis. His devotion to the ideals of Beaux-Arts as well as pragmatic and inexpensive designs was applied to his work at the USNA, turning it from a “motley assemblage of buildings” into something to be viewed as monumental and befitting of a highly respected Naval institution.

As the needs of the Naval Academy changed over time, Dahlgren Hall saw uses for more than just the safe storage of ordinance. It has seen use as an indoor drill area for academy students and as the Weapons Department laboratory. Given its large open space, it was the ideal location to host dances, basketball games and graduation ceremonies, which it did from 1903 to 1957. To date, it has been the site of more Naval Academy graduation ceremonies than any other venue.

In the latter years of the 20th century and spilling for several years into the next, Dahlgren Hall’s vast main floor served as the USNA ice rink until the Brigade Sports Complex became the new home of the ice rink in 2006. Dahlgren Hall also serves as home to the Drydock Restaurant, which remains in Dahlgren Hall to this day.  In addition, there is the Class of ’53 Reception Area (landward side, second deck) which is a designated ceremonial area.  This reception area is used primarily for events and ceremonies of a formal and semi-formal nature. Other areas within the building now serve as office spaces. The main floor has transitioned into a multi-purpose large assembly area for various types of activities and gatherings, including practice and rehearsal spaces for club sports (e.g. fencing)  and extracurricular activities (e.g. ballroom dancing, silent drill team) concerts, dances and class reunions .