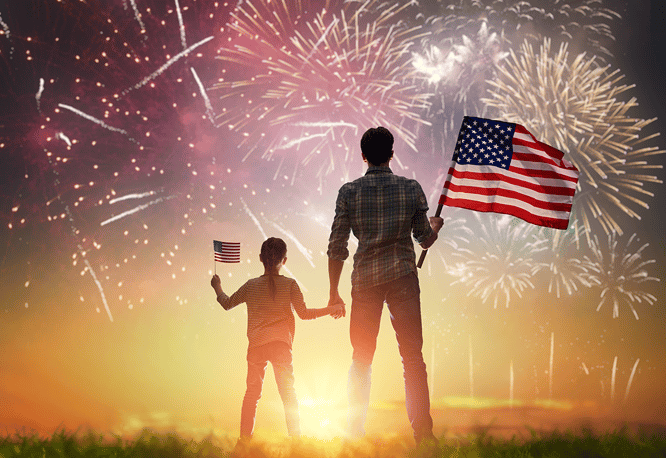 The Fourth of July is a midsummer celebration decked out in red, white, and blue and smells of backyard barbecues. “What are you doing for the 4th?” is a popular small talk in the workplace all across the country as it seems everyone has plans to go somewhere or do something for the holiday. But the 4th is more than an opportunity for a summer getaway; Independence Day is a national day of observance and a day in which to recognize and celebrate our nation declaring its independence from Great Britain.

Contrary to popular belief, the Continental Congress did not declare independence on July 4, 1776. The official declaration was actually made on July 2nd. Nor was it the day that Thomas Jefferson drafted the Declaration of Independence. Work on that began in June of 1776. It wasn’t even the day that this document was famously signed or delivered to King George III. The 4th of July is the date when the newly formed Second Continental Congress approved of the final wording of the Declaration of Independence. Therefore, July 4, 1776, became the date boldly inscribed at the top of the parchment, cementing its significance in United States history.

In the 1700s, Great Britain was a dominant economic, political, and military power. The British had colonized far-reaching portions of the globe leading to the famous saying that “the sun never set on the British Empire”. But the American Colonies were some of the oldest and most populated of its colonies. In addition to the strong cultural and family ties the colonists shared with Britain, being a protectorate of the empire there was little chance of being attacked by any other European nation. The decision of the Continental Congress to declare independence wasn’t taken lightly and was replete with risk.

A handful of events made the relationship no longer tenable for the American colonists. The implementation of additional taxes, a heavy-handed military, and being forced to provide quarters to British troops all contributed to the boiling over of anti-British sentiment. In Independence Hall, Richard Henry Lee of Virginia presented the resolution, "That these United Colonies are, and of right ought to be, free and independent States, that they are absolved from all allegiance to the British Crown, and that all political connection between them and the State of Great Britain is, and ought to be, totally dissolved".

The Declaration of Independence served as the official notification to the world that America was finished with the British, regardless of how powerful they were. The 13 colonies were to become a sovereign nation, the United States of America. Accordingly, July the 4th, 1776, the date on which we declared our independence, has come to be known as the nation’s birthday.

Independence Day was not something celebrated in our country’s early history. In 1817, John Adams penned a letter claiming that Americans seemed uninterested in the nation’s history. It wasn’t until copies of the Declaration of Independence were publicly circulated and when both Thomas Jefferson and John Adams both passed away on the 50th anniversary, July 4, 1826, that the 4th of July was recognized as a symbolic date. Independence Day celebrations grew to be more common and almost a hundred years later, Congress officially made July 4th a national holiday.

Today, July 4th is one of the major Federal holidays and an opportunity for Americans to commemorate the momentous day in our national history with displays of patriotism and celebrations of freedoms. America’s birthday is traditionally a fun-filled day with parades featuring marching bands, tributes to the military, and parade floats adorned with American flags. Afternoons are frequently spent around the pool or at the beach enjoying American summer flavors like hamburgers and corn on the cob. The festivities are finally capped off at nightfall with a spectacular fireworks show.

On the Yard, this is the first holiday that the incoming Plebes celebrate while at USNA, occurring just a few days after their arrival for Induction Day.  Under typical circumstances, the 4th Class regiment files into the grandstands on Rip Miller Field, as darkness falls, to watch the fireworks display launched from a barge on the Severn River.  While that may be a little different this year, and whether you hit the road to see some of America’s treasures like our National Parks or enjoy the 4th from your own backyard, enjoy your holiday and America’s 244th birthday! 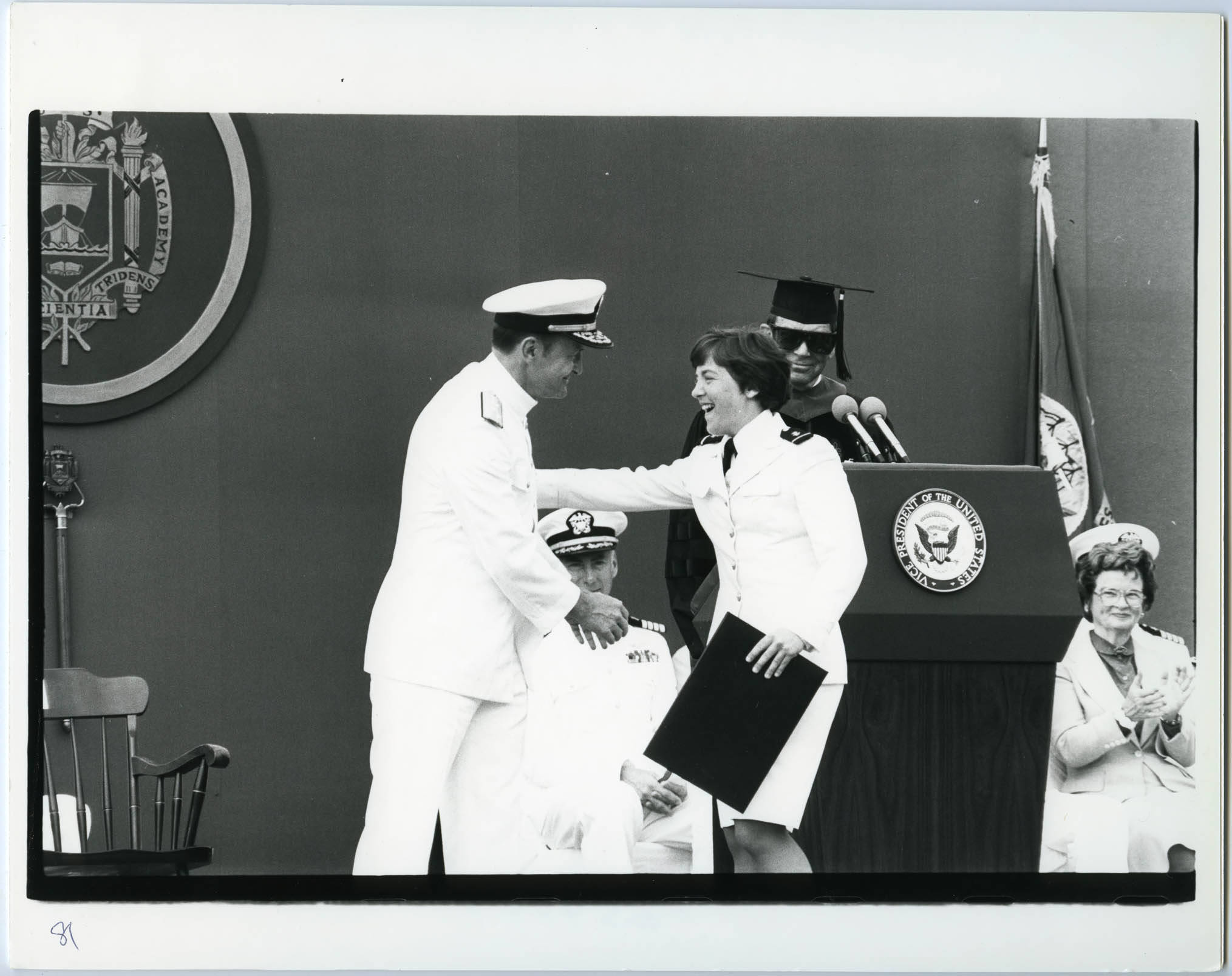 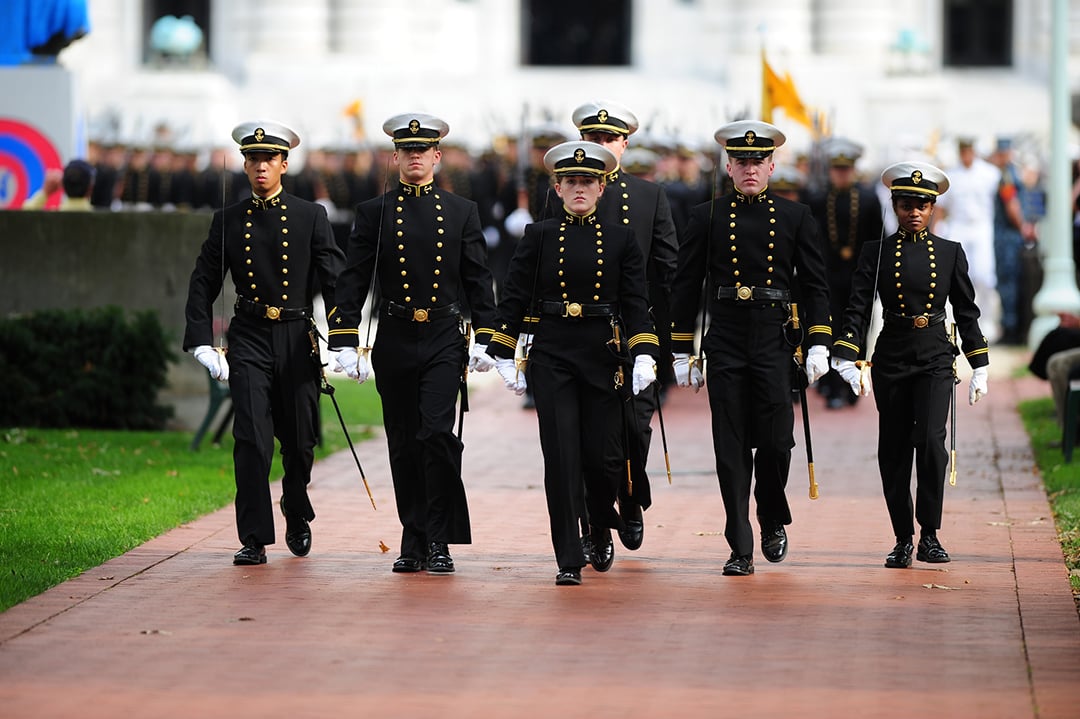