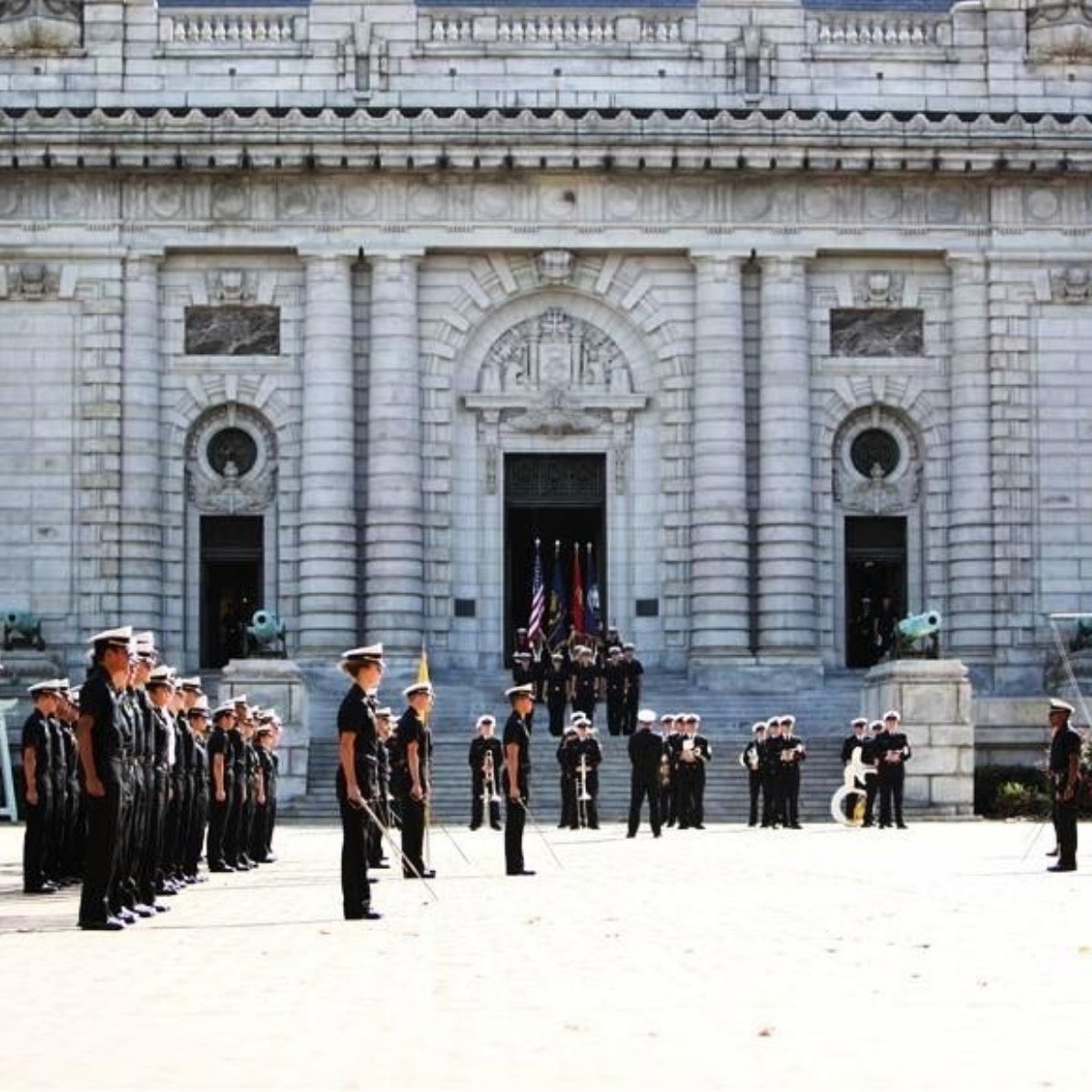 If you’re on the Yard just before noon, drop whatever you are doing and get to Tecumseh Court, right outside of Bancroft Hall. Join the crowd to view the impressive noon meal formation. Against the stunning backdrop of the massive Beaux Arts Bancroft Hall, you’ll see thousands of us Midshipmen marching into Tecumseh Court and then standing at perfect attention. The excitement is palpable.

This tradition started in 1905 to keep track of Midshipmen, and it’s an evolution of the way in which troops were mustered, or assembled for roll call, during the Civil War. Today’s version is more for pageantry than practicality, but it is just as important. We Midshipmen enter the square separately as the six battalions comprising the Brigade. Outfitted in full uniform, some of us aim long swords toward the ground. We all stand at attention as each battalion announces its presence. With a loud and strong, "1st Battalion all present or accounted for," the opening line inspires a series of coordinated, crisp motions. The other battalions follow suit, all announcing their presence in the same manner, with the same motions, to the delight of the crowd. 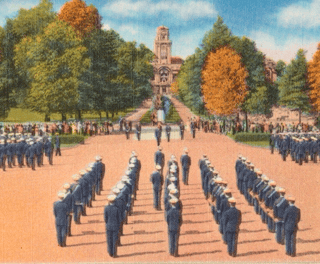 Once this ceremony is complete, the USNA band breaks into the Naval Academy’s jaunty anthem and fight song, “Anchors Aweigh,” and then the powerful Marines’ Hymn (the oldest song in the U.S. Military) “The Halls of Montezuma.” They’ve also been known to play other songs, including the theme song from Top Gun (on bagpipes, no less). It’s enough to give a goat goosebumps.

The officers are dismissed after their battalions, and the band is the last to turn and march into Bancroft Hall, the largest dormitory in the U.S. We all move in perfect unison towards King Hall for lunch, which is another beautifully orchestrated event. Imagine feeding a crowd that size, all at once, in a brief lunch period!

Although this happens every weekday at noon during the academic year (weather permitting), one recent bystander said, “It never gets old.” I agree! When winter starts, the formation goes on hiatus. Its return marks an anticipated sign of spring’s arrival in Annapolis. We shake the rust off and practice again before the first noon ceremony.

If you want to catch this incredible USNA tradition, hop on a tour at the Armel-Leftwich Visitor Center. The 11:00 a.m., 11:30 a.m. and 11:45 a.m. guided walking tours will make sure to bring you over here to find a good viewing spot if there is a noon formation that day. Try to get here about ten minutes before noon to score the best vantage point, as the crowds tend to be big. The entire event takes just eight minutes, but it is sure to put a little pep in your step and brighten your entire day.

This event is just a taste of the thrilling USNA traditions and pageantry you can see on the Yard. There are many different parades that the Brigade of Midshipmen performs throughout the year, and they are always incredibly inspiring and uplifting!

Come check them out sometime! And if you’ve been here, what are your favorites? 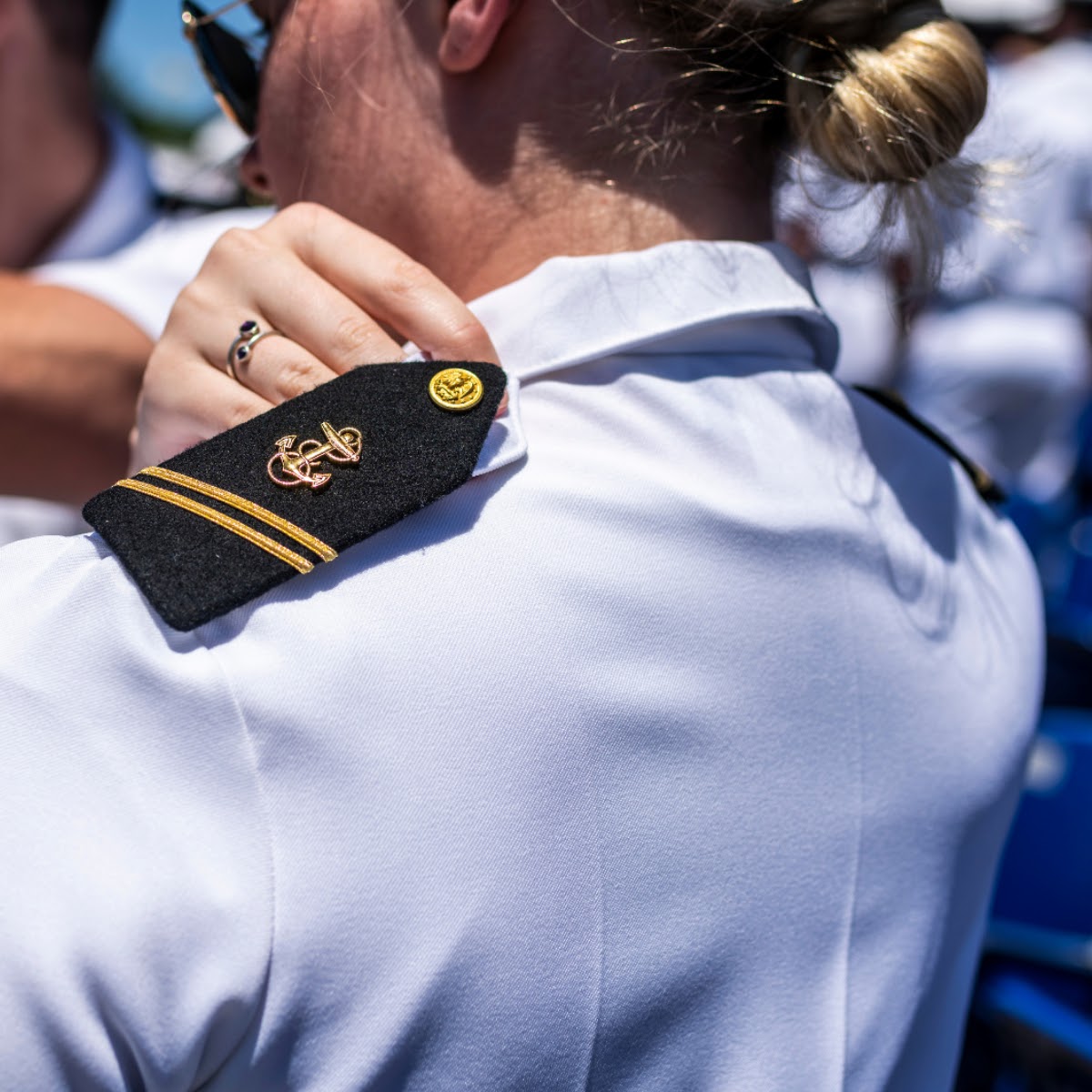 What’s Rank Got to Do With It? Everything. 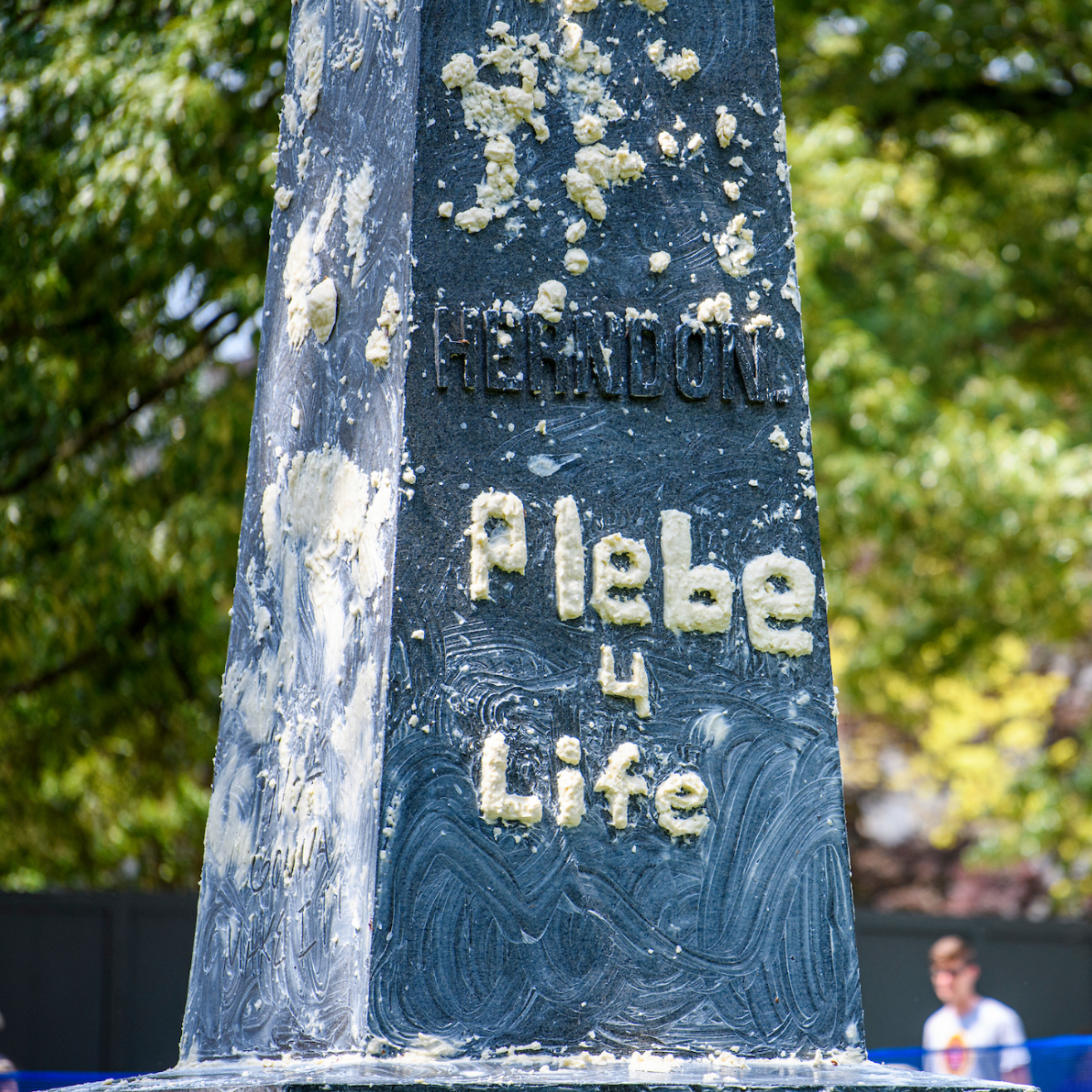 One of the Greatest Struggles You’ll Ever See: The Herndon Climb