Sailing is deemed a "crucible" for leadership training at the Naval Academy. Maritime expertise sets this academy apart, as the future military leaders must be able to master the skills of small-boat handling, navigation, safety at sea, watch standing, and small-unit leadership. Like many of the buildings dotting the Yard, the Robert Crown Sailing Center has a long and rich history and is considered to be the center for professional development for the Naval Academy.

Situated at the Santee Basin, this tribute to modern architecture has been praised for its structural and symbolic beauty, as well as for the successful Navy sailing programs it fosters. Yet looking at it now, it’s hard to imagine just how far it's come since its humble beginnings.

The center for naval training had a rocky beginning and was certainly not honored for being the pillar of education it is today. The Academy’s formal ties to the sea started on the spot where the center currently resides—although instead of using a building on the shore of the Santee Basin, the center was IN the Santee Basin.

In its earliest iteration (though not yet recognized as a training facility), the center was aboard the Santee, which was moored at the Naval Academy dock from 1863 until she sank at her wharf there in 1912. The Academy brought in a captured Spanish naval ship, the Reina Mercedes, to serve as a replacement. Both ships served as makeshift brigs to punish unruly sailors and as housing for enlisted Naval Academy personnel and the ship’s commanding officer, who oversaw all waterfront activity. In 1936, a more formal sailing group, the Midshipmen Boat Club, was founded on this boat. They kept their sailboats on a few slips in the basin and had them maintained by both the Navy and the local boat yards.

When WWII placed an excessive demand on boat builders, these repair facilities pivoted to building wartime vessels and the Naval Academy ran its boat club program independently. In 1943, the USNA constructed the North Severn basin and several boat repair shops to maintain the boats for their growing sailing team.

Meanwhile, work continued on the Reina Mercedes, until 1957, when the ship was decommissioned and sold for scrap. Without a true home for naval operations, the Academy installed a double-wide trailer and shed on the property. The offices were so flimsy that a poorly piloted sloop pushed its bowspirit through the wall, right above one of the secretaries’ desks!

The Current Center of USNA Sailing

In the spring of 1974, the USNA unveiled the beautifully modern Robert Crown Sailing Center, a building that properly represented the strength of the Naval Academy’s sailing operations. The Center, named for Captain Robert Crown, USN, underwent an expansion and corresponding renovation in 2003 to make it the well-admired facility it is today. Its striking form was built to recall the ships it represents, with mast-like columns and a large triangular roof for a “sail.” This triangular motif repeats throughout, and a copper roof ties the modern structure back to the Beaux-Arts buildings across the Yard that are emblematic of Ern 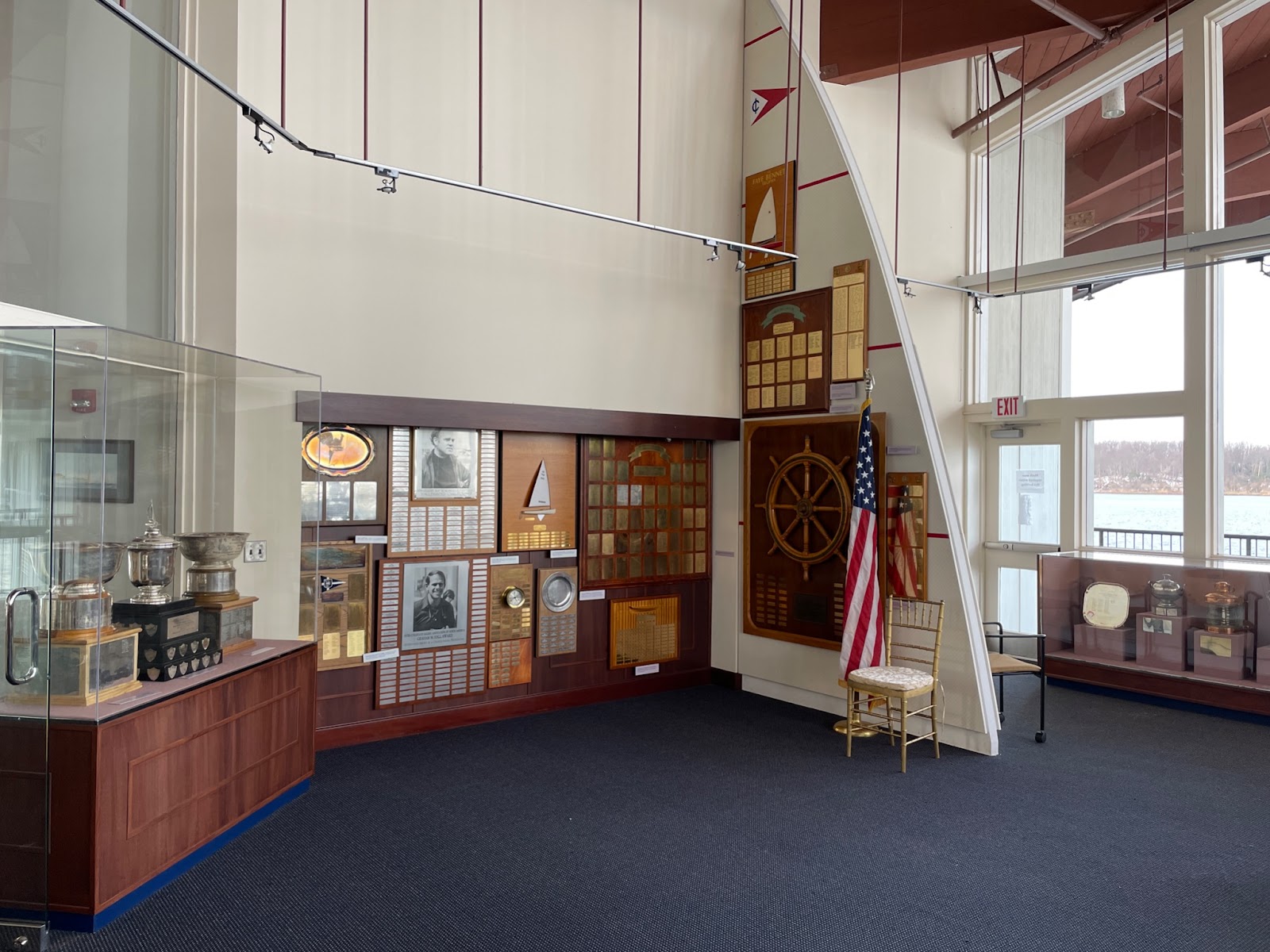 est Flagg’s vision for his “new academy,” realized in the early 1900s. Large, soaring windows reflect the boats docked in the Santee Basin so that the building connects seamlessly with the sea. The center ultimately ties together the historic with the new and the seascape with the landscape. 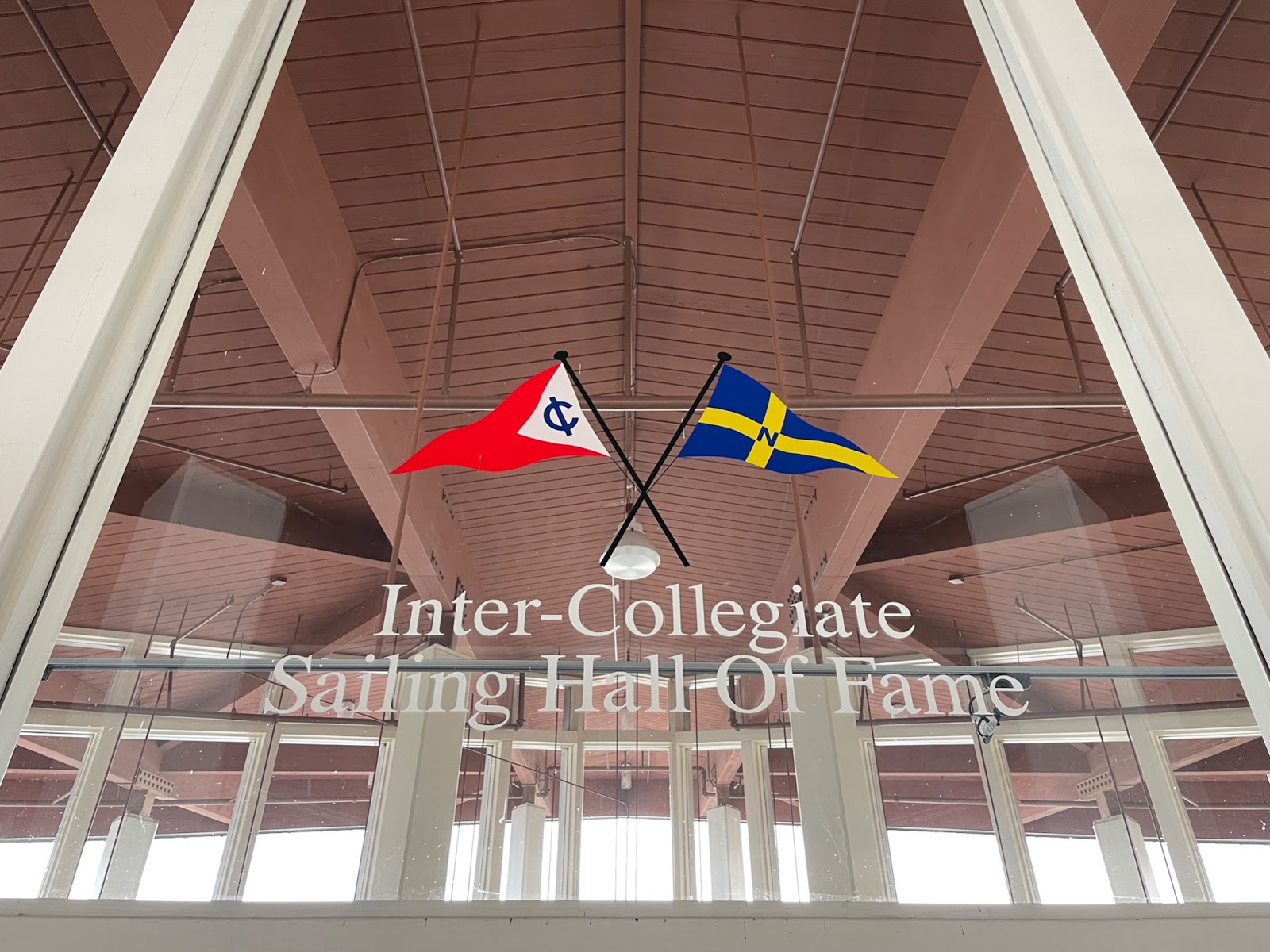 e impressive Intercollegiate Yacht Racing Association Hall of Fame, showcasing many of the Academy’s North American collegiate trophies, plaques, and half-models, as well as the All-America lists, which chronicle the achievements of 70 years of intercollegiate sailing at USNA. You can also take time to admire the assortment of Naval Academy sailing trophies and awards in the hall.

Fair Winds and Following Seas: Programs at the Center

The U.S. Navy credits the discipline of sailing with teaching the knowledge, confidence, and respect for the sea that builds outstanding officers. As such, their sailing program is second to none. The center oversees four pillar programs that work to achieve this excellence:

To keep these four programs moving, Santee Basin houses the USNA’s 250-plus sail training fleet, which includes 20 Navy 44s, six donated offshore boats, 12 J-24's, 22 420s, 22 FJs, and 136 Lasers used by the sailing teams. The home practices and races for the IC teams take place on the Severn River and the Chesapeake Bay.

Dillon Paiva, assistant coach for the Varsity IC sailing team is in his seventh year with the team. He notes that the programs are markedly different at USNA. “The best thing about working here is working with the mids. It is a really special group of people—they’re all super motivated. We try to keep things fun and light, but the team has no trouble pushing hard everyday,” Paiva says. They prove what it takes to live the midshipman values with every practice.

It is indeed a special place. From a grounded boat to a world-class institution training some of the best in collegiate sailing and beyond, the Robert Crown Sailing Center and its programs are one of the most important cornerstones in the education of the midshipmen here at the Naval Academy. You can support their mission by purchasing USNA sailing gear at Navyonline, which gives back all proceeds to the Brigade and its rich tradition of naval excellence. 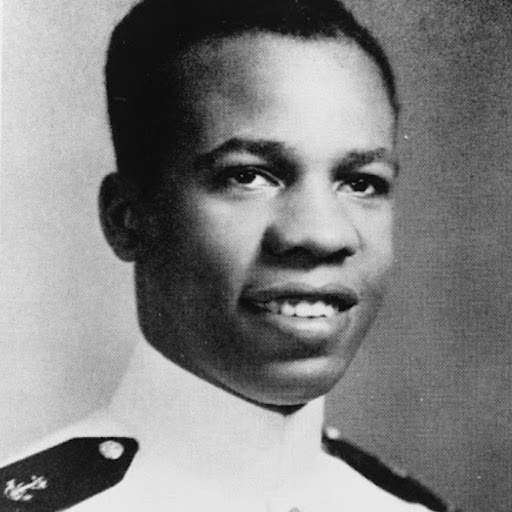 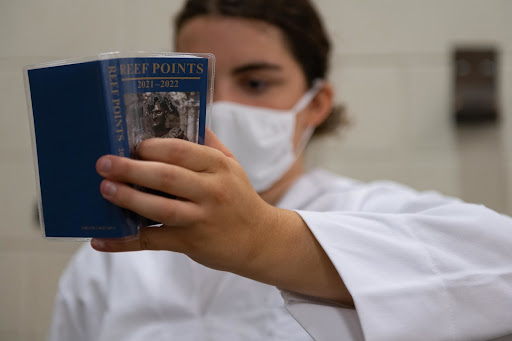 Living the Yard Life: What You'll Find in Reef Points