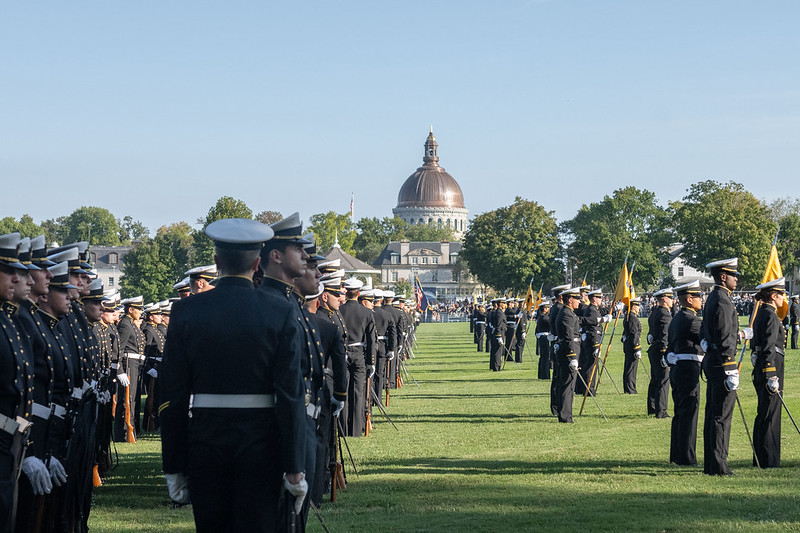 Since our last Navy slang blog for April Fool’s Day, we’ve gotten a lot of feedback. One of the most popular was—how could you forget “the gouge?” That’s a great question. It’s one that deserves a post of its own, for sure. Thank you for letting us know. You asked for the gouge, and you got it.

So what does the gouge mean in the Navy, for those not yet in the know?

By all accounts, it’s the scuttlebug, the inside scoop, the way things are done around here—once you’ve been around here long enough to pick them up. Older Navy veterans often hand down the gouge to younger ones, giving them the critical tips and tricks to help them become successful old salts. Midshipmen share the gouge to help their fellow midshipmen get through the rigors of the Naval Academy. In many Lucky Bag tributes to the midshipmen, you’ll see them being thanked for “giving the gouge” to others, or being admired as the “foremost obtainer of the gouge” or the one to “turn to for the gouge.”

Whatever you call it, it’s uniquely Navy. In our search for more of the gouge, we came across some other seaworthy Navy terminology and their fascinating origins. So if you’re looking for the gouge on a few more terms, pull up a chair and have a read:

Bamboozle: Nowadays, this term refers to being fooled. However, when ships sailed before they were powered by steam or fuel, “bamboozle” was trickery of another sort. Crews would fly an ensign (flag) that was not their nationality or origin in order to trick another passing ship. As you might imagine, pirates were often the bamboozlers.

Binnacle List: No, this is not barnacle related, although many new sailors have understandably confused the two. Binnacle refers to the ship’s compass housing, which perches on the ship’s bridge. In past times, each morning the corpsmen would lay the ship’s sick list here for the captain; hence the sick list became known as the “binnacle list.”

Bitter End: We’ve all heard this phrase, but probably not the origin story. Sailors call a turn of the line around a bitt (wooden or iron posts sticking through a ship’s deck), a bitter—and the end of the line that’s attached to the bitts, “the bitter end.” These days, the Navy calls the end of any line “the bitter end.” The widely used phrase “there till the bitter end” shows the foolishness of someone following through with something without taking the possible fallout into account.

Bully Boys: This term translates into “beef eating sailors,” and recurs often in Navy poems and chanties. Bully beef was the affectionate name for chewy beef jerky, an ever popular food option that also renamed the men that were forced to dine on it. This “beef” was also called “salt junk,” since its texture brought to mind the rope yarn used for caulking ship seams (see “chewing the fat” below).

Charley Noble: Legend has it that an old merchant captain, Charles Noble, realized the galley’s smoke stack was copper and needed a daily polishing. Since then for fun, Navy elders like to send newbies to find Charley Noble, a source of unending entertainment for the higher ups.

Chewing the Fat: You might imagine how the type of beef that could survive long voyages would taste. It was tough and needed to be chewed for long periods before swallowing, sometimes for hours. Sailors would chew this meat like chewing gum. Thus, “chewing the fat” was born.

Chow: Everyone knows that chow time is time to eat. Whether it’s bully beef or (thankfully now) a much more palatable meal, sailors love chow time.

Davy Jones’ Locker: You may have heard this term before. There are many different legends about whether Davy Jones was a sailor, pub owner, captain of the ghost ship, “Flying Dutchman,” or more—but the general idea is that Davy Jones is the epitome of the devil for sailors. The bottom of the sea is known as his locker, where many sailors and their vessels rest after drowning at sea.

Ditty Bag: Today’s recruits receive a ditty bag (or box) with a sewing kit, toiletry articles and other items like pens and paper. Originally, it was dubbed a "ditto bag" since it had at least two of everything: two needles, two spools of thread, two buttons and more. Over time, "ditto" became "ditty.”

Jacob’s Ladder: These temporary ladders are constructed with rope or metal and are used to help board a ship. Named for the biblical Jacob that dreamt he climbed a ladder to the sky, “Jacob’s Ladders” started as a network of line that brought the climber to the skysail in similar fashion.

Mind Your Ps and Qs: This phrase is common in the American lexicon, especially when many of us were younger and needed encouragement to be on our best behavior. It’s ironic that this mark for good behavior had its beginnings in the taverns at ports, where sailors often drank on credit from the pub owner, and received chalk tally marks under “P” for pints and “Q” for quarts consumed. Once he received his pay, the sailor would need to settle his debts, or “mind his Ps and Qs,” or he would face financial consequences. Smart sailors stayed sober to make sure no extra marks were made by scheming keepers; this better behavior was tied into “mind your Ps and Qs.”

Pollywog: A sailor that hasn’t yet crossed the equator. For at least 400 years, the ritual of a pollywog crossing the equator is celebrated with a visit from “King Neptune” and his “court,” all played by high ranking crew. They decide if the novice is fit to become a “shellback” (see below). This tradition includes a day-long celebration meant to build comradery among the crew.

Scuttlebutt: Back to gouge. The scuttlebut is both a rumor and a drinking fountain. When you "scuttle," you make a hole in a ship's side and sink her. When there were wooden ships, a “butt” (cask or hogshead) provided drinking water. Put the two together and you get a cask with a hole. Since rumors could sink ships and people, the “butt” also referred to the (still in vogue) water cooler where they started. So the two words together made the idea of rumor. Similarly, "galley yarn" and "mess deck intelligence" refer to rumors too.

Shellback: The shellback name is simple enough: A sailor on official duty “crosses the line” of the equator. They’re then called a Daughter or Son of Neptune. A Golden Shellback is more impressive; it means they’ve crossed the International Date Line. Sailors that cross at the Prime Meridian join the Order of the Emerald Shellback, and those crossing the equator in Lake Victoria receive the moniker of Ebony Shellback. Finally, submariners crossing the equator at a “classified” degree of longitude, earn a top-secret shellback.

Spinning a Yarn: We all know good storytellers who can spin a yarn, and more recently this term has taken on the meaning of an exaggerated story. Since officers and mates felt that sailors who took the time to tell stories often shirked their work, they strongly discouraged it. However, many sailors still had the unenviable task of unraveling the strands of old line. By nature, this mindless task required time and people, so tales were spun and this time began known as “spinning yarns.” After that, those telling sea stories were affectionately known as spinning a yarn, which has over the years become a cherished naval tradition. 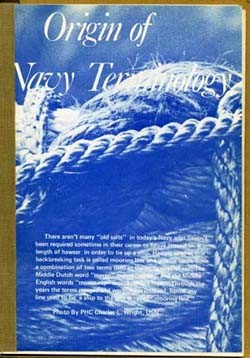 Text on cover: There aren't many "old salts" in today's Navy who haven't been required sometime in their career to heave around on a length of hawser in order to tie up a ship. Hawser used in this backbreaking task is called mooring line and gets its name from a combination of two terms used in the early days of sail. The Middle Dutch word "maren" meant "to tie," and the Middle English words "moren rap" meant "ship's rope." Through the years the terms merged and were Americanized, hence any line used to tie a ship to the pier is called "mooring line."

The Navy has boatloads of interesting terms and histories. The Yard is a colorful place too, with its own unique history and heritage (and language). A special thank you to the USNA Museum, who has the gouge on all things USNA and gave us thousands of terms to contemplate! There are many many more terms we can explore in future posts. In the meantime, come get the gouge for yourself and enjoy your own Naval Academy experience!

The NABSD supports the Brigade of Midshipmen in their 140+ clubs and activities, as well as their uniforms, shoes, books and much more. When you shop at Navyonline, take a USNA tour, visit the USNA Museum, and choose to dine at the restaurants and shop at the stores on the Yard, all of your proceeds go directly back to the Brigade. We look forward to welcoming both pollywogs and shellbacks aboard! 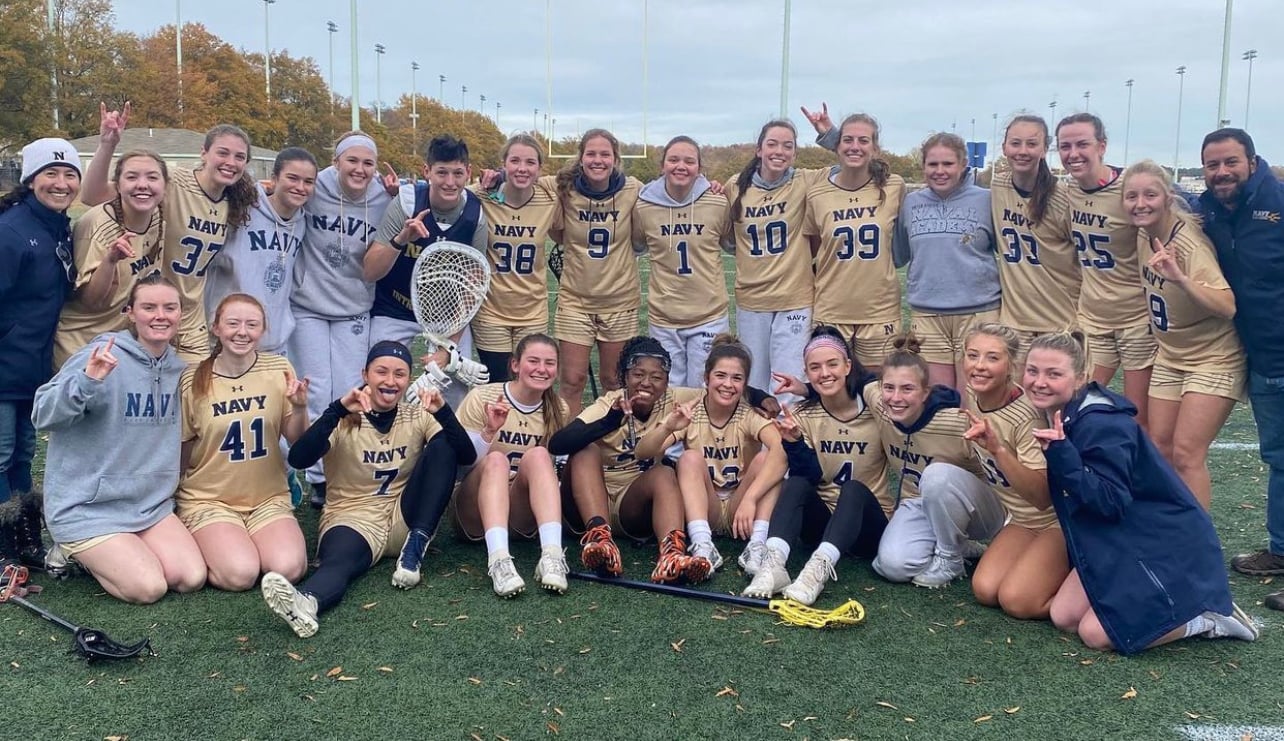 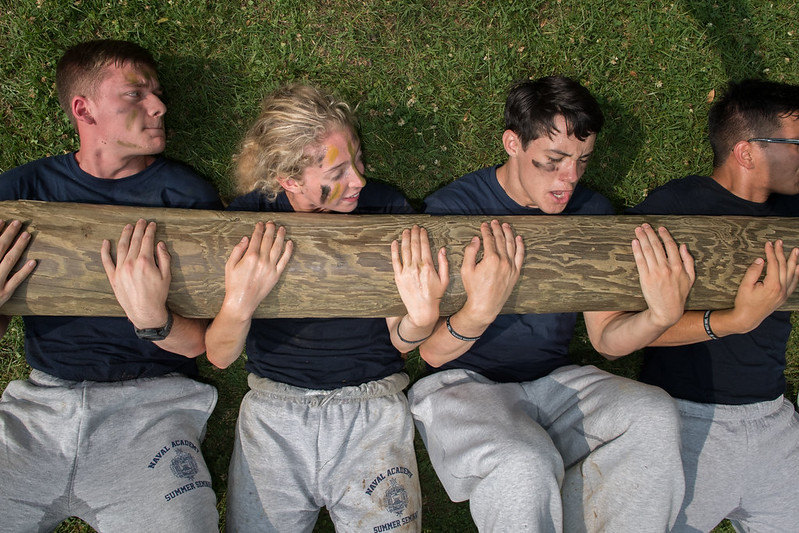