Inside the Brigade Sports Complex 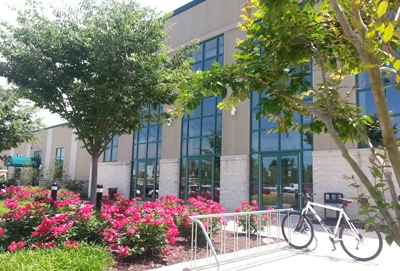 It’s an ice arena, tennis center and fitness center. When the new class of plebes are inducted at the beginning of plebe summer, it also becomes one of the biggest distribution centers around, storing the 360,000 personal, school, and toiletry items that the plebes will need for the first year of their Naval Academy career and beyond. The Thornton D. and Elizabeth S. Hooper Brigade Sports Complex is a lot of things to a lot of people.

Built in 2007, the Brigade Sports Complex, as it is commonly called, is located on Greenbury Point, right next to the Naval Academy Golf Course. While it’s not directly on the Yard, it’s right across the Severn River, and it’s an integral part of the midshipmen life. The complex has a mission “to operate a first-class sports facility in support of the Brigade of Midshipmen, the midshipmen sports teams that use the facility and authorized patrons using the facility and participating in program offerings.”

A Hub of Activity

It certainly lives up to its mission. The Brigade Sports Complex plays host to a number of sports, including Navy Tennis, Navy Ice Hockey, Navy Golf and Navy Rugby. Inside, the McMullen Hockey Arena features an Olympic size ice sheet, surrounded by 1,000 seats for raving fans  and room for expanding to accommodate up to 3,000 spectators. Named for Dr. John J. McMullen, Naval Academy Class of 1940, the rink meets NCAA Division I standards so that USNA women’s and men’s club ice hockey teams that compete at the ACHA Division II level (women) and I and III levels (men) make their home there. 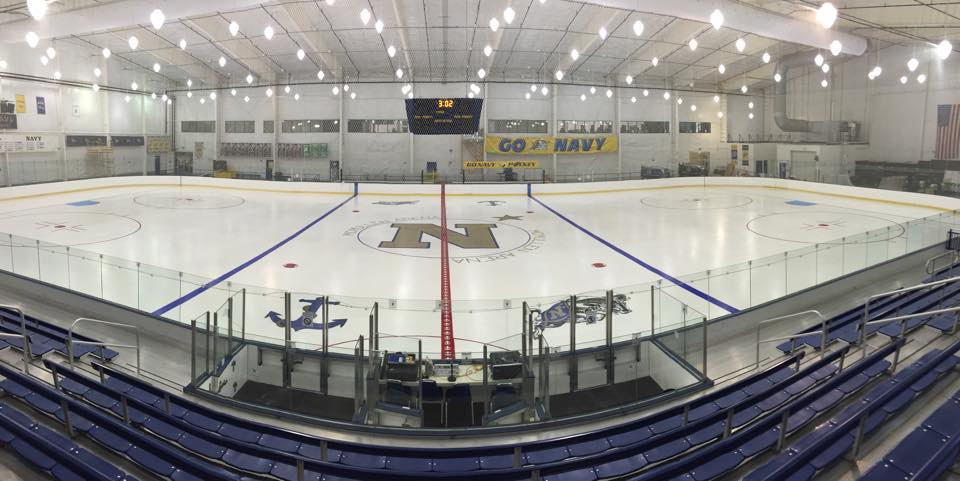 The complex extends well beyond that. An impressive number of tennis courts are available. The Tose Family Tennis Center has six indoor tennis courts and the Fluegel Moore Tennis Stadium has an additional six outdoor tennis courts. There are rugby venues as well. There’s also the Rankin Golf Center, where you can find an indoor hitting, chipping and putting facility for the golf team and club members along with a golf pro shop. Additionally, other amenities like the fitness center, athletic training rooms, team meeting room, staff and coach offices and locker rooms (including “dry” locker rooms and even referee locker rooms) and a snack shack are offered in support of the Brigade of Midshipmen.

Who Can Use the Facilities?

Since this is a USNA facility, authorized patrons including the following can use these facilities:

Current members of the Brigade have unlimited guest privileges. Guest policy limits three guests for each authorized patron for tennis, fitness and program offerings. The community is welcome to use the hockey rink. Public skating sessions several times a week (and daily during school vacation times) and a Learn to Skate program are popular programs.

To Know Before You Go

All visitors must check in at the main lobby front desk and furnish proper identification before using any facilities. Civilian access is allowed without an authorized patron for the Tose Family Tennis Center, the Fluegel Moore Tennis Stadium and for the John McMullen Hockey Arena during public times. The fitness center is for authorized patrons only.

We encourage you to visit the Brigade Sports Complex. The Naval Academy Business Services Division (NABSD) is proud to provide these state-of-the-art athletic experiences to the midshipmen and their biggest fans, including the entire local community. We’re able to offer services like these thanks to your support. Every time you shop at Navyonline and visit the Yard, you’re giving back to the midshipmen too since we give all our proceeds back to the Brigade. Hope you can join us for a hockey game, skate, golf game or tennis match soon!

Take USNA Gear with You on Vacation