The History of Midshipmen Uniforms

The concept of utilizing distinctive dress to identify oneself as a member of a larger group has long been part of human history. Surprisingly, the institution of uniforms for military personnel is a relatively recent development, first appearing in the late 16th and early 17th centuries.

As the need for naval forces grew during the Revolutionary War, Congress appointed a Naval Committee tasked with managing all seaborne military activities. The Naval Committee issued its first uniform instruction on September 5, 1776.

The prescribed uniform was limited to Naval Officers. No specific uniform instructions were provided for enlisted sailors. Officers wore blue cloth coats with red lapels or waistcoats. The cuff design varied to assist in distinguishing rank while yellow buttons were reserved for Captains and Lieutenants. The midshipman’s uniform was a blue coat with blue lapels, red-faced rounded cuffs, red at the buttonholes and a red waistcoat.

However, wartime shortages in material made it challenging for officers to explicitly comply with uniform regulations. In addition, there were concerns that the selected uniform was remarkably close in appearance to the uniforms worn by officers in the British Royal Navy.

This similarity in uniforms made it difficult to identify one from the other, especially from a distance. In an effort to resolve the confusion, informally, American officers retained the blue cloth coats but did away with the red accents in favor of more distinguishable white lapels, waistcoats, and breeches. Captains were adorned with gold embroidery and a single epaulet for the right shoulder. Midshipmen and Masters wore coats that were entirely blue, with white waistcoats and breeches.

Following the conclusion of the Revolutionary War, there were no longer any warships in service. However, without the protection of the British Navy, American merchant vessels were subject to attacks. Safeguarding US trade and shorelines was essential, so in 1794, Congress took action to fund a naval force.

It wasn’t until 1797 that James McHenry, the US Secretary of War, issued uniform instructions for commanders of the newly established Federal Navy. McHenry’s instructions ordered uniforms similar to those worn by members of the Army.

Instead of the blue and white worn during the Revolutionary War, the new uniform was blue and buff in color. Coats were blue with buff lapel accents, waistcoats, and breeches. Rank was indicated with buttons and epaulets. Captains’ coats had 9 buttons on long lapels, with another 4 on the cuff, and wore an epaulet on each shoulder. Lieutenants’ coats had short lapels with just 6 buttons, 3 buttons on the cuff, and a single epaulet on the right shoulder.

Masters and midshipmen were warrant officers who could command at sea during emergencies. To distinguish them from the commissioned officers, Masters wore blue coats with blue lapels, buff-colored cuffs, and blue breeches. Midshipmen wore plain blue coats without lapels, but with buff cuffs and breeches.

Commissioned non-combatant officers consisted of surgeons, surgeon’s mates, and chaplains. The surgeons’ and surgeon’s mates’ uniforms were similar to those of Captains and Lieutenants, but with a green coat and black accents. Chaplains were not prescribed a military uniform and instead dressed in a similar fashion to their civilian religious counterparts.

Again, there was no specific instruction for enlisted uniforms, though there was some degree of uniformity in that a short jacket, vest, shirt, and long trousers were generally worn.

Following the establishment of McHenry’s official uniform instruction, contracts were awarded for the manufacture of uniforms, allowing for a uniform supply to be stored onboard and issued by ship pursers. 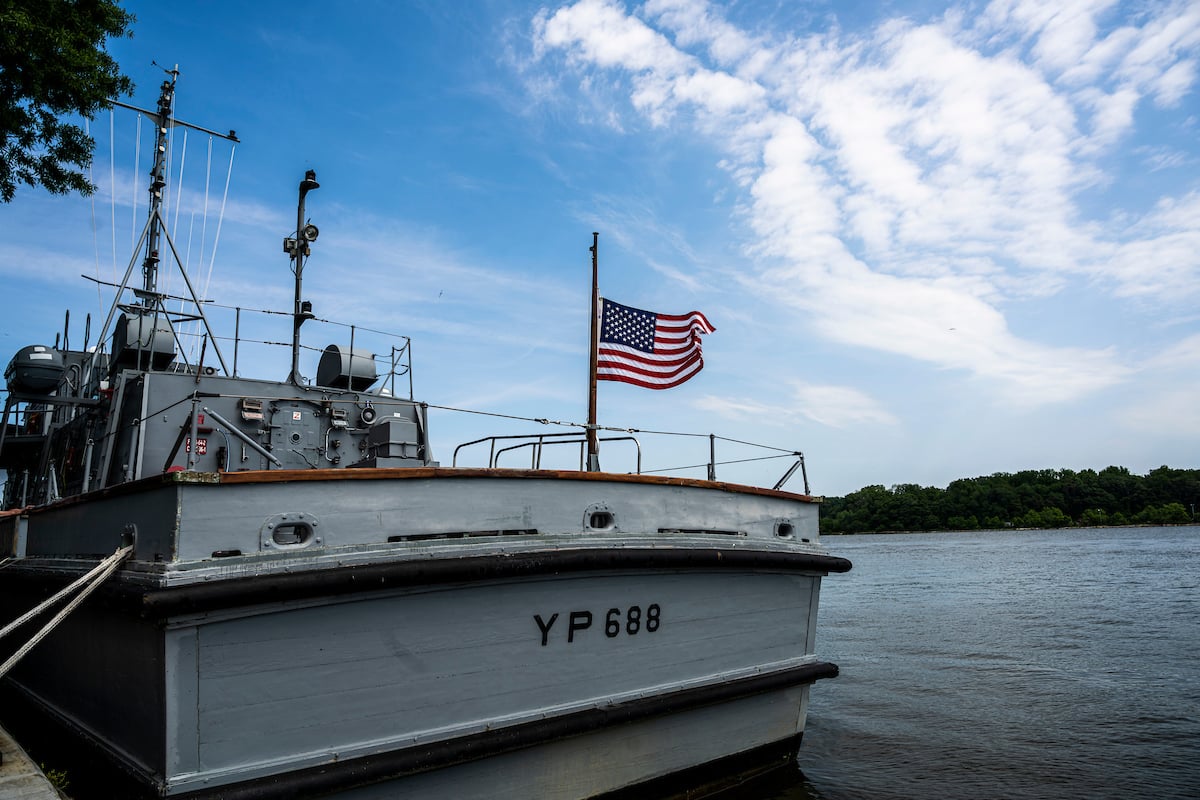