Throughout their time at the Academy, the midshipmen must regularly prove their strength. Naval Academy Plebe Summer is the first test of physical, mental and emotional endurance, lasting approximately seven weeks. At the end of their Naval Academy Plebe Year, midshipmen must also conquer a “capstone event,” the extremely difficult Sea Trials, which take place in May and are not open to the public. The Sea Trials represent the culmination of an incredibly challenging and fulfilling year.

14 Hours of Tribulations and Teamwork

The Sea Trials are a relatively new test, devised in the spring of 1998 for the Class of 2001. The first one ran from 3am to 5pm and put over 800 midshipmen through the paces, with stations that promoted teamwork, endurance and bonding. These trials are based on the Marine Corps’ Crucible and the Navy’s Battle Stations recruit programs. They are fourteen hours of pure adrenaline, with a long list of physically and mentally straining activities engineered to strengthen plebes' teamwork and unity as a company and class.

Sea Trials are also an important leadership teaching tool for the upperclassmen who run it. They are unique to the Academy. While the U.S. Air Force Academy has a comparable exercise called Recognition, West Point does not have anything similar for the cadets completing their first year.

It’s hard to imagine how so much can be packed into a fourteen hour period. The trials begin at 2:30 am, in the pitch dark, and run through 4:30pm. In this grueling time period, plebes must accomplish an impossibly long list of difficult tasks. Some are hard but fun, like the grappling activity, where plebes twist and wrestle each other on the ground. Another rigorous event has them pummeling each other with padded pugil sticks. The obstacle course throws up poles and logs to traverse, and there’s also a muddy trench that they need to cross while avoiding barbed wire overhead. At one point, they lift a tree-sized trunk over their heads in unison, performing sit-ups with it and moving it down the field together. By the end, they’re running on adrenaline and the encouragement of the other midshipmen, with shaky legs and muddy wet clothes. 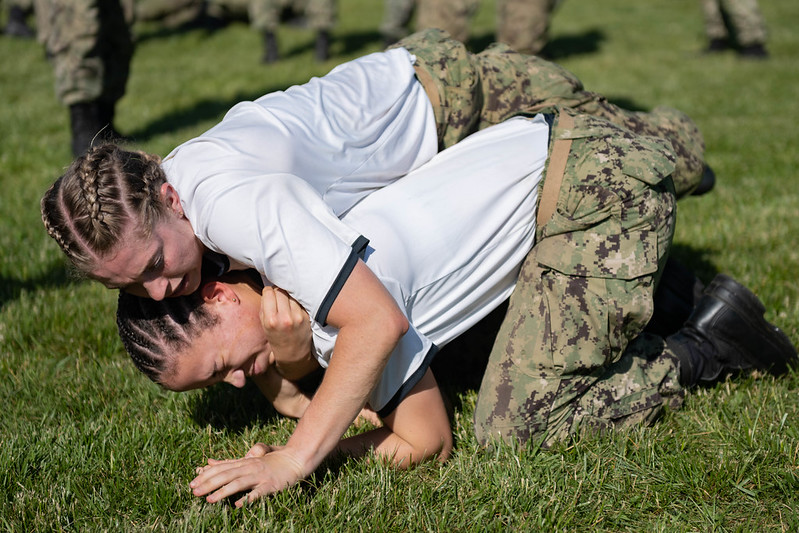 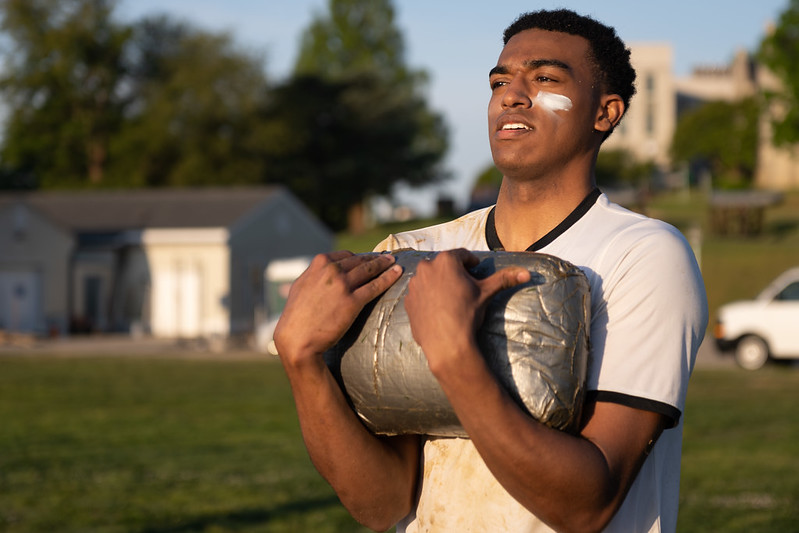 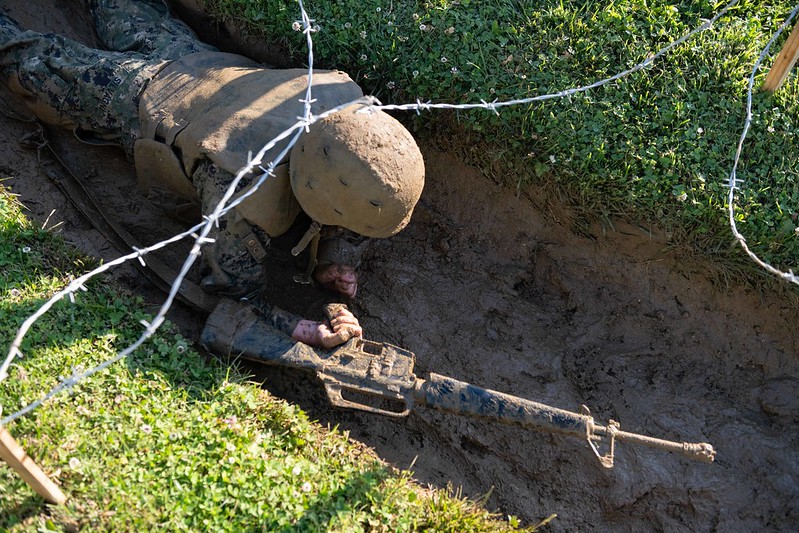 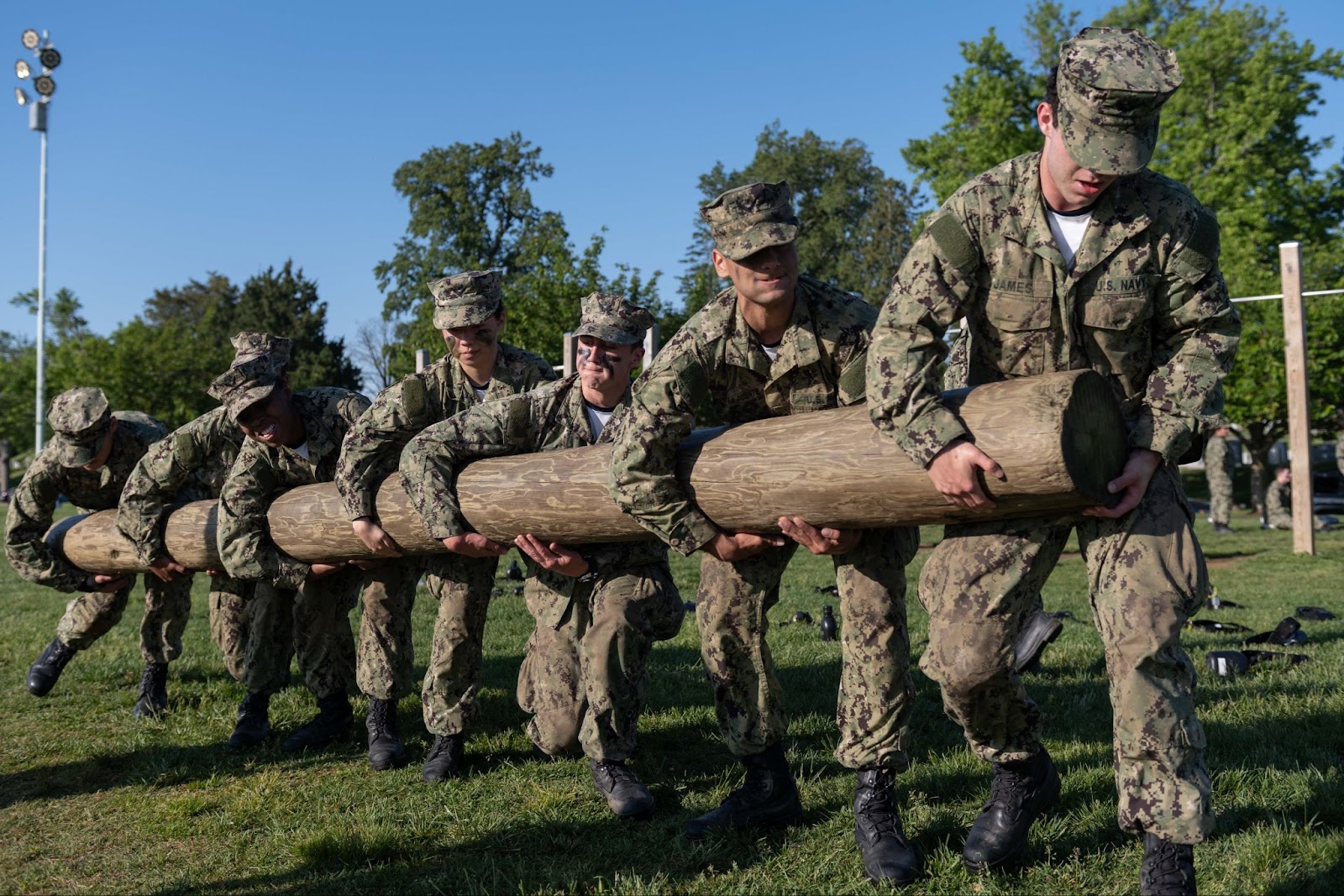 The water activities are especially suited for a fighting team that will one day be seabound. The plebes are wet, cold and muddy the entire time, so they’re prepared for any conditions. For a recent Sea Trial, they were in the water at 5:30 am, in 40 degree weather, to do their exercises. They got them done. 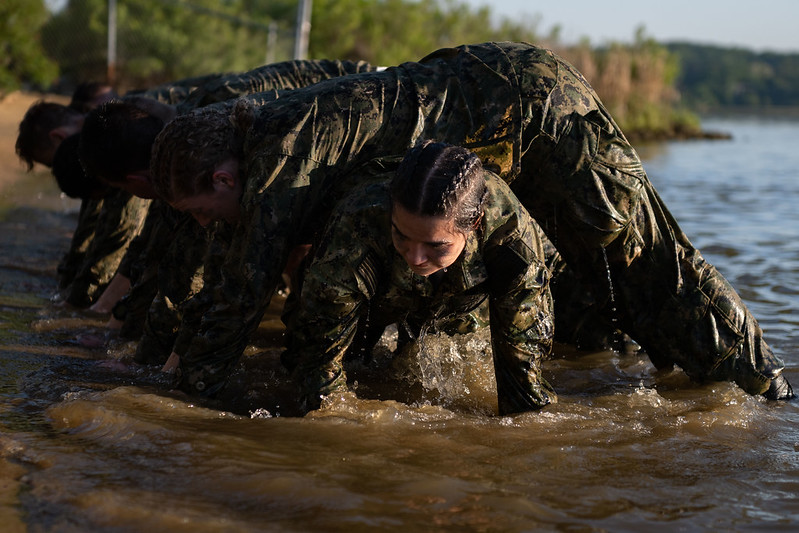 Sea Trials are an excellent team building exercise. Plebes ultimately learn how to work together and communicate. They understand that they’re only as strong as their weakest link, and the trust they’ve built up over the course of their entire plebe year culminates in these trials. They’re inspired to be there for each other. As some fall down from exhaustion, others pick them up and carry them to the finish.

The End: Pride and Perseverance

After fourteen hours, the plebes are beyond exhausted, but incredibly fulfilled. Their reward? The plebe company that delivered the top unit performance through endurance and spirit becomes the “Iron Company” and receives a plaque at a brief ceremony. Yet it is unspeakable pride and perseverance that’s the greatest reward.

As evidenced by this tradition, the Naval Academy is definitely not your typical college and the midshipmen are surely not your typical college students. The Sea Trials are only one of many challenges they surmount and transcend with flying colors, preparing them for the tribulations and teamwork that lie ahead as they go on to serve their country. We salute their untiring efforts every day and celebrate their strength. You can support them as well. Come visit the Yard, take a tour, dine in our restaurants and shop our shops. Every bit goes back to the Brigade. Show them you’re on their team too. 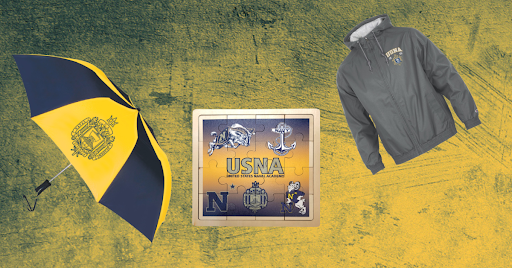 Spring Shopping for Those Rainy Days 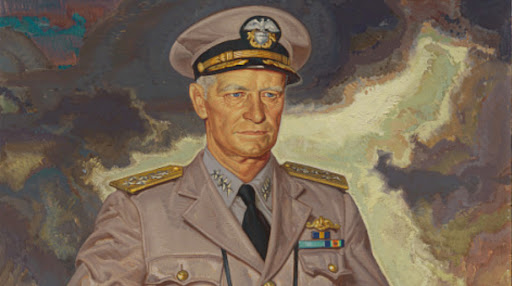