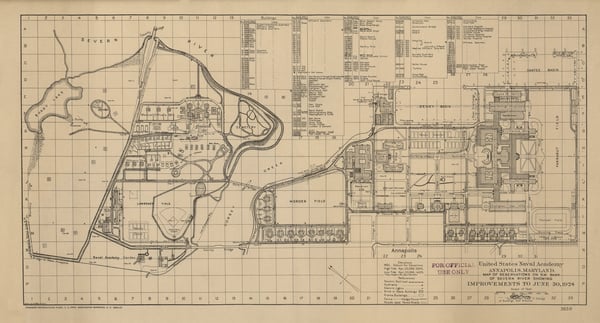 On October 10, 1845, Secretary of the Navy George Bancroft established the Naval School.  Opening with 50 midshipmen and seven professors, the original academic program required a five-year course of study. Located on the grounds of former US Army Post, Fort Severn, the United States Naval Academy has experienced incredible changes and evolved throughout its noble history.

This map may be recognizable to some as the campus of the United States Naval Academy.  Drawn by C. E. Miller, surveyor and published by the US Army, this charming map is a representation of the Naval Academy as it was on June 30, 1924.

Immediately obvious on the historic map is that the footprint of the Naval Academy has expanded.  The Main Gate is no longer at the intersection of Maryland Avenue and Hanover Street. That gate is now Gate 3, which is pedestrian entry only, and home to the 1845 Coffee Shop.  Gate 1 is the main gate, and sits outside of the 1924 boundaries at King George Street and Randall Street, where the Visitor Access Center is located. Once on board, greeting visitors to the Naval Academy is the Armel-Leftwich Visitor Center which houses the USNA Tour Guides, the official USNA Gift Shop, a theater showing The Call to Serve, and a variety of exhibits including the history of Navy’s mascot, Bill the Goat.

On the way to the Armel-Leftwich Visitor Center are Halsey Field House and the Quarterdeck. Halsey Field House is a multipurpose arena with an indoor practice field, squash and handball courts, basketball courts, a dojo, rock-climbing wall and other workout facilities. Named for Fleet Admiral William Halsey, Jr., one of just four individuals to have obtained the rank of Fleet Admiral,  Halsey Field House used to be the location of midshipman assemblies. The Office of Admissions, above the Visitor Center on the second deck, is open to the public and applicants interested in the Naval Academy may attend daily briefings describing this process.

The primary location for midshipman assemblies is in Alumni Hall.  Construction of Alumni Hall was completed in 1991 in the location where Sherwood Hall once stood.  The indoor stadium seats 5,710 and is the site of basketball games and wrestling matches, but may also be adapted for lectures, concerts, and official ceremonies.

Thompson Stadium on the lower right side of the map is longer there.  The stadium was torn down in the 1980s to make room for the construction of Lejeune Hall, the Naval Academy’s Physical Education Center.  Also in this building are the Academy Athletic Hall of Fame, an Olympic-size pool and diving tower, and an arena for wrestling and hand-to-hand martial arts.  Lejeune Hall is the first USNA building to be named after a Marine Corps Officer, Lieutenant General John Archer Lejeune, 13th Commandant of the Marine Corps, who had nearly 40 years of service in the Marine Corps.

Now in the place of the old tennis courts are Michelson Hall and Chauvenet Hall.  Michelson Hall is named for Nobel Prize in Physics recipient Albert A. Michelson, whose experiments with optics and light led to the first accurate measurement of the speed of light. This building is now home to the Computer Science and Chemistry departments.  Chauvenet Hall houses the Mathematics, Physics, and Oceanography departments, paying tribute to William Chauvenet, an early professor at the Academy who was also instrumental in its establishment.

The US Naval Academy has grown tremendously from the original 9.9 acres of Fort Severn to the 340 acres it occupies today.  Changes throughout the years have created a beautiful patchwork of buildings representing the Yard’s storied history and modern present.

Now let’s have a little fun and see if you can circle the differences between the two USNA Maps!

1. Print out the map image.

2. Circle the differences you can spot

3. Take a picture of the map (don't be too nervous to send us a selfie with your hard work) and upload it to Facebook or Instagram(@usnastore) and tag us! 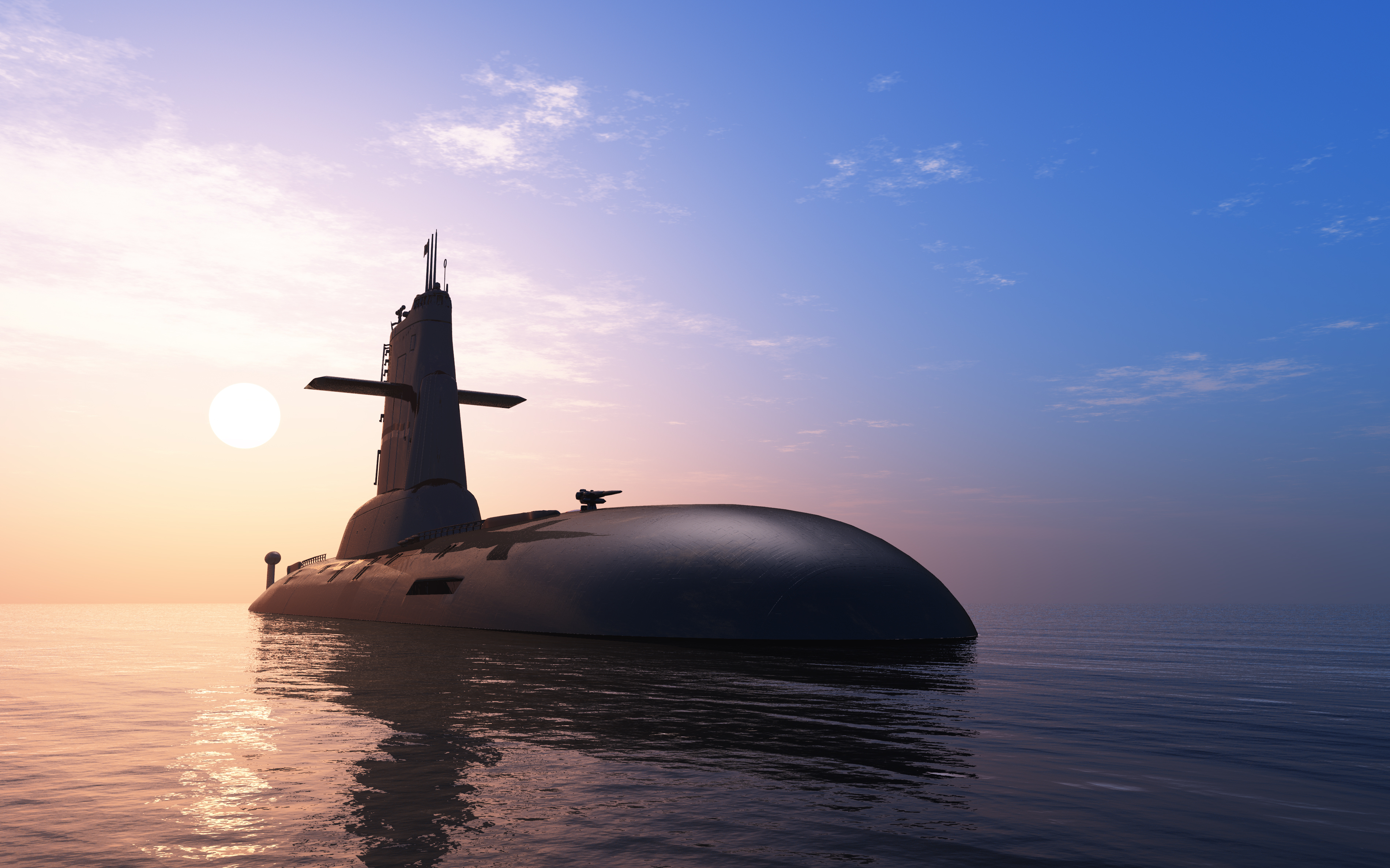