Don’t Give Up the Ship! 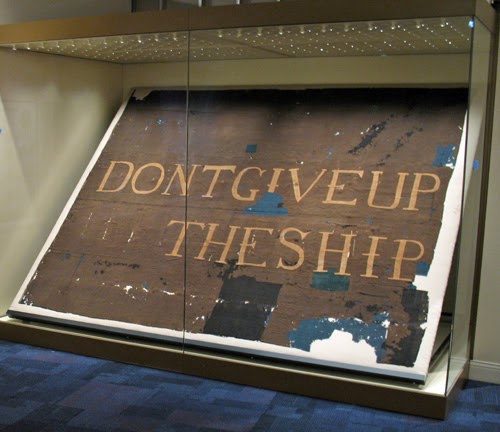 When I hear “Don’t Give Up the Ship,” I feel the pride behind this centuries old phrase. These five words are a rallying cry, a powerful thread running through the Navy’s vast and colorful history, and a song we keep close to our hearts. They’re immortalized in the flag preserved in the USNA Museum, and they run through our blood every day. I have always wanted to know where this storied phrase came from, so I hoofed it over to the museum to look upon the actual threads. Here’s what I found out: 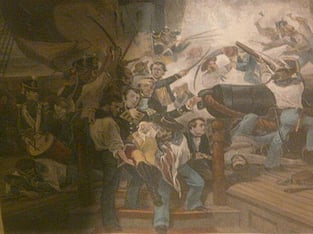 James Lawrence was a Navy Captain commanding the USS Chesapeake during the War of 1812. On June 1, 1813, his crew was locked in a fight with the British HMS Shannon and he was shot. As he grappled with this fatal injury, Lawrence’s last command was “Don’t give up the ship.” These heroic words were turned to legend shortly after by his friend and fellow naval officer, Commodore Oliver Hazard Perry, a hero in his own right. 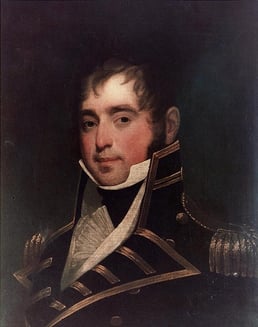 Perry enlisted Margaret Forster Steuart, the sister of a prominent local official in Erie, Pennsylvania, to make the flag. The words were stitched in bold white letters onto Perry’s large blue battle ensign (although the blue of this flag is debated, as it may have been brown). The command read: “Dont Give Up The Ship” with no apostrophe. In September 1813, on Lake Erie, this flag became a powerful symbol of victory and perseverance when it presided over Perry’s flagship, the USS Lawrence, as they vanquished the Royal Navy and cut off British and Indian fighters from their western supply bases. 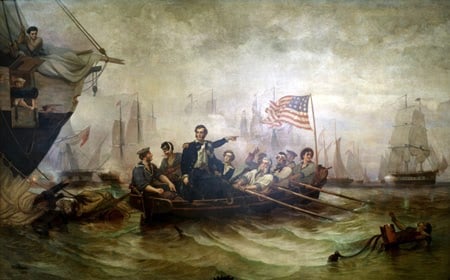 When the Lawrence sustained damage, Perry needed to move to the sister ship Niagara. A very famous painting shows him with the flag over his shoulder as he rows to the ship. Some historians say the flag was raised on Niagara and some do not. Eventually, it made its way to the caretakers at the USNA Memorial Hall. In 2002, it was removed for conservation and then placed in the USNA Museum in 2009. A large replica now oversees the hallowed Memorial Hall, where Midshipmen reflect on those five words every day.

Five Words That Mean So Much More 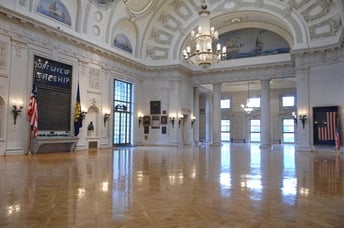 Midshipman First Class Kara Yingling, Class of 2012, explained the importance of the flag as follows: "It's a rallying cry and inspires us to do more, to not give up, but also it stands for our core values of honor, courage and commitment. It means to get the mission done and don't compromise... Many Midshipmen go to Memorial Hall when they face a big decision. We understand what Lawrence meant in those words."

Reef Points helps us remember with this song: 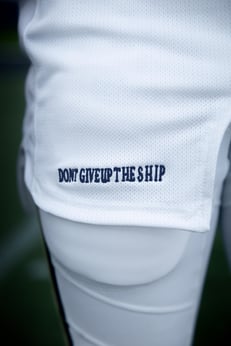 It is also the battle cry at every football game. In fact, in 2018 (for the 125th anniversary of us Bills), they stitched it on the uniforms!

These words have been flown around the world, on tall ships, battleships, sailboats, yachts, and from the homes of those who understand its call to duty. It’s an everlasting reminder of the Navy's mission to protect our beloved country, no matter the circumstances.

The legend lives on. And if you want to have your own piece of history, Navyonline has shirts, sweatshirts, hats, and even small replicas of the flag itself (though they are not for consumption, as I understand).

“Don't Give Up the Ship” is more than just five words — it’s why we’re all here, and we will never give that up! 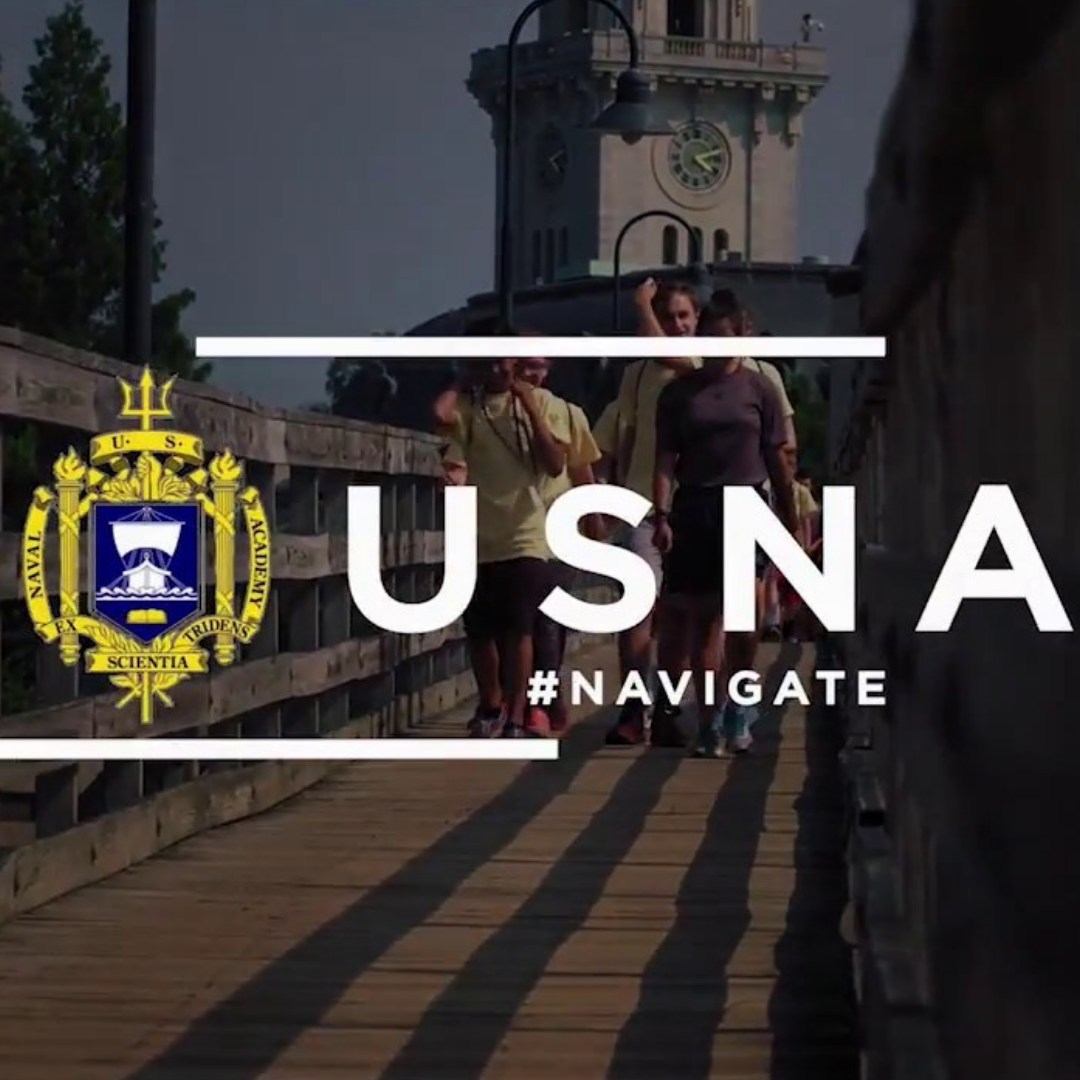 Top Reasons for Students to Apply to USNA Summer STEM 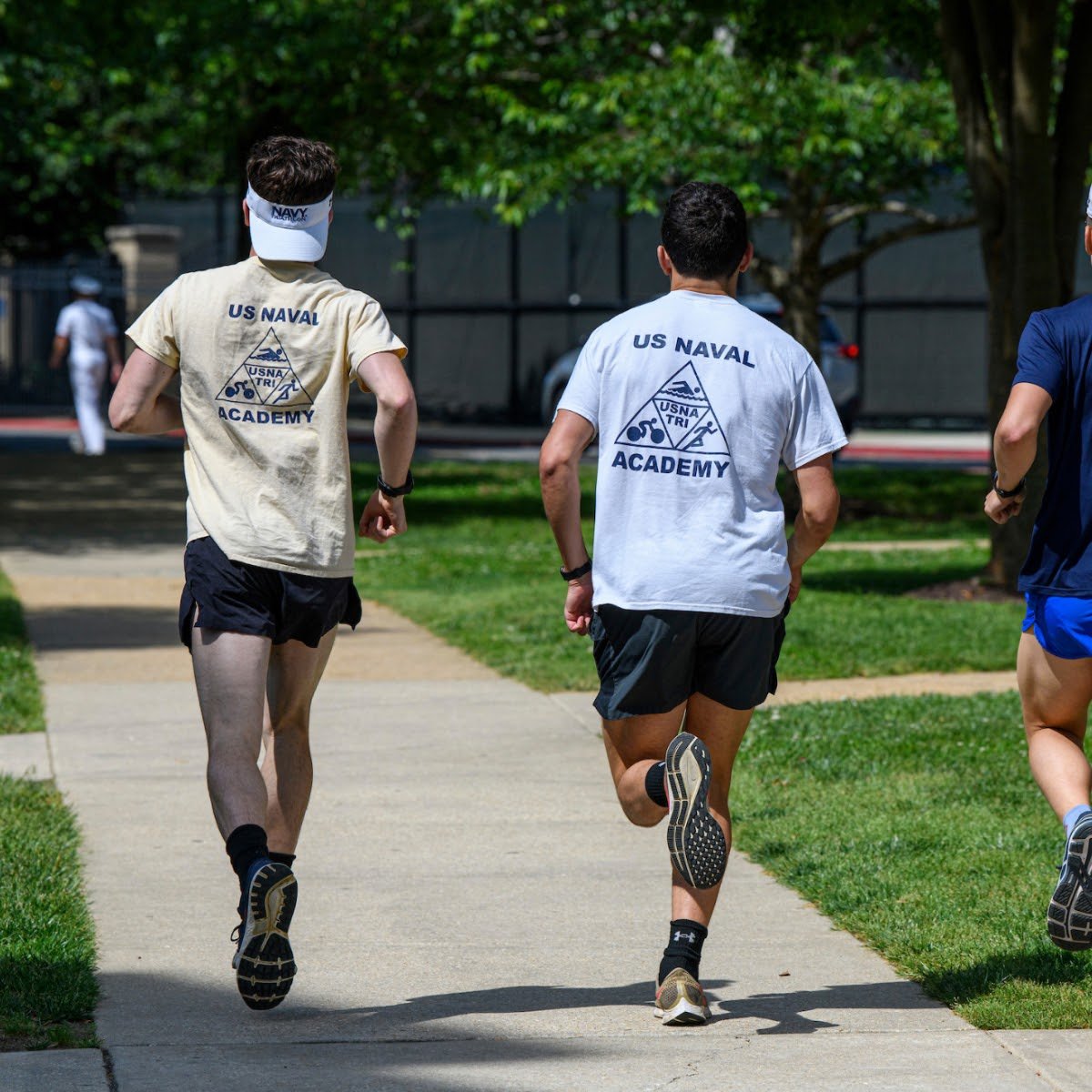