The Making of a Mascot - Bill the Goat 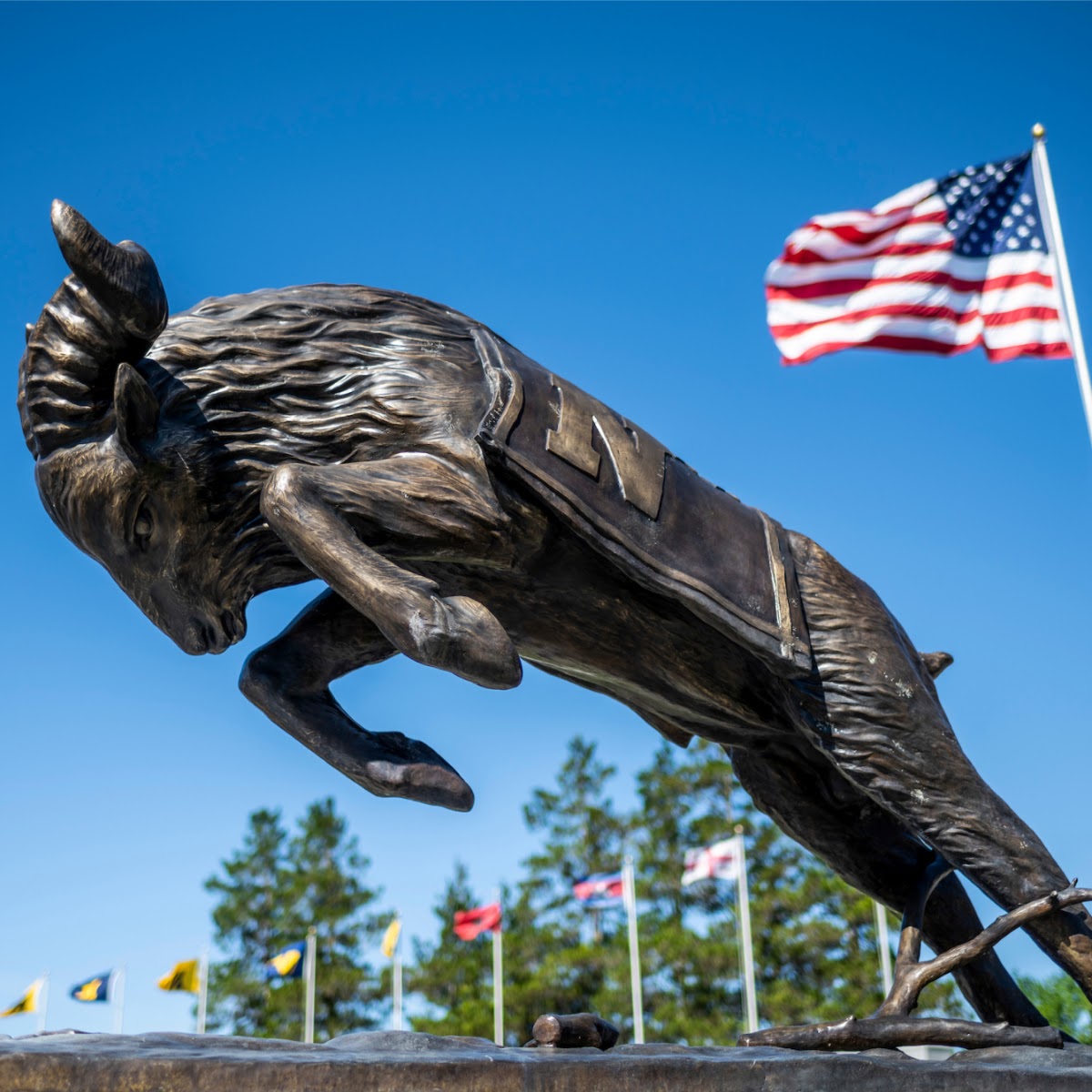 Here’s a brief history lesson on our famous friend, Bill the Goat. Let’s learn about how he came to be the official mascot of the United States Naval Academy, and what Bill was like in the early years.

Whatever Floats Your Goat

Everyone knows goats make the best pets for a ship’s crew. Think about it— the year is 1890, you’re at sea, and you’re short on food. Having a constant supply of milk, cheese and butter (in a time before refrigeration) helps you and your shipmates get through the long days. Plus, goats can eat anything, so rather than needing to store special feed, sailors could use pet goats as walking garbage disposals. Goats make top-rate shipmates, and they’ve proven themselves as such for Naval officers throughout the ages.

The Legend of the First Goat for USNA

Way baaa-ck in the 19th Century, according to legend, officers aboard a Navy vessel grew fond of their pet goat, but unfortunately it fell ill and died at sea. Rather than arrange for a burial upon arrival at port, they decided to honor their beloved goat by saving its skin and having it mounted.

So when they reached land, two young officers went off to find a taxidermist to honor their late caprine crony. As it turned out, the two ensigns then decided to take a deto 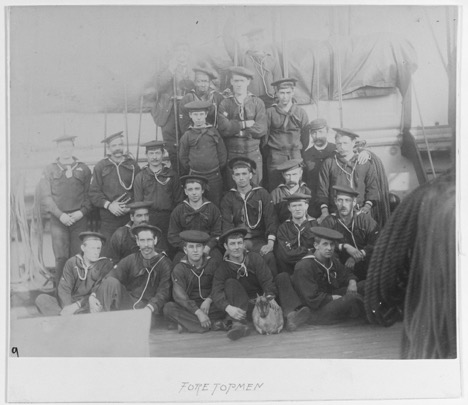 ur toward their alma mater and attend a football game. Who could blame them? It had been a long time at sea—and Navy football games are not to be missed.

At halftime, one of the officers thought it would raise spirits if he took out the skin and romped up and down the sidelines wearing the coat of the late goat. His hunch was right, and his antics drummed up roars of laughter and frolic. Navy won that game, and the victory was attributed to the positive spirit of the late, revered goat. 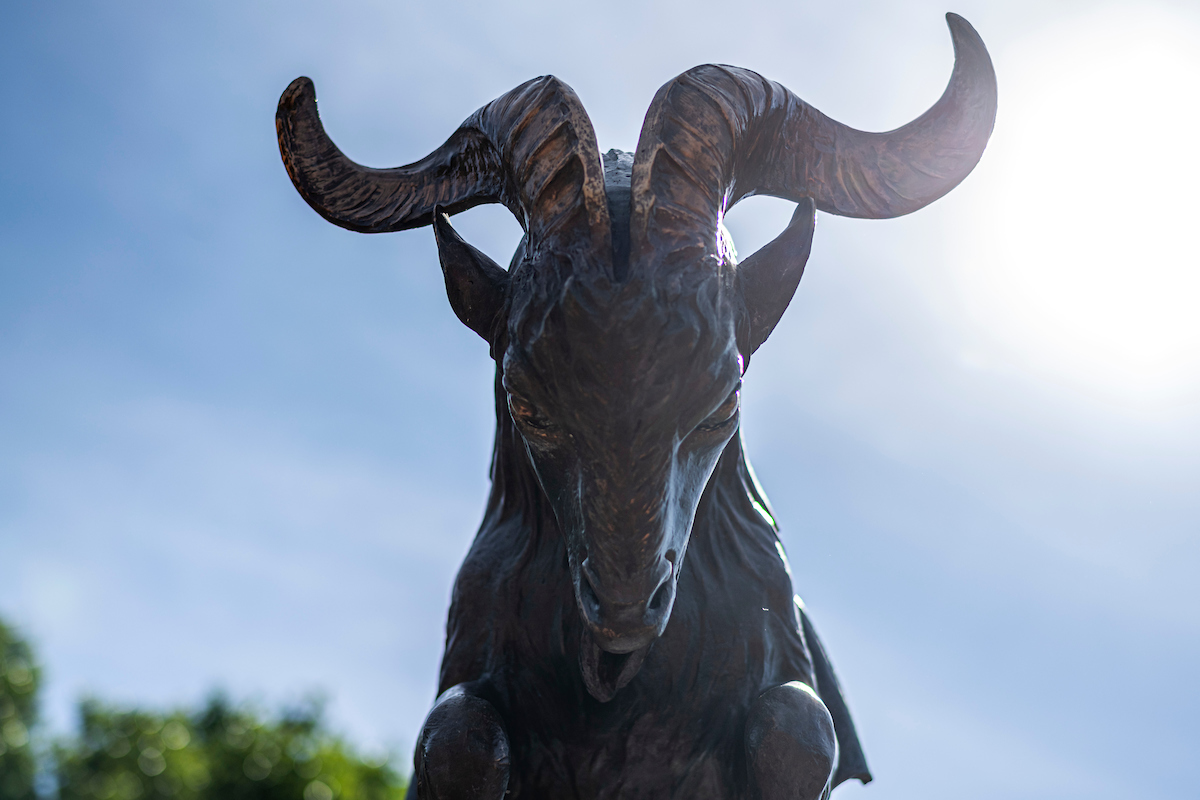 The next goat sighting at a USNA football game was in 1893 (this time, alive and well). A goat by the name of El Cid (the Chief) was gifted by young officers aboard the USS New York to the Midshipmen for the fourth Army-Navy game. With the presence of El Cid, West Point was defeated, and the goat found itself the official mascot of the USNA.

The First Rivalry of the 20th Century 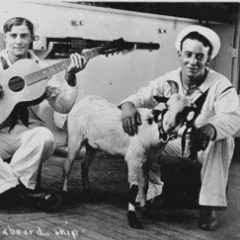 In Philadelphia, the first Army-Navy game of the 1900s brought together the mule and the goat for the first time as official mascots. This time, the goat, borrowed again from the USS New York, wore a fine blanket with a gold “NAVY” embellishment on both sides. The mule was also decorated in Army attire and its message was “No Ships for Me” on one side and “I’m a bit of a kicker myself” on the other. Unfortunately for West Point, no mule gear would’ve helped them earn a victory. The Midshipmen won 11-7, and the victory was again partially attributed to the presence and prestige of the goat.

On the train ride back to the Naval Academy, the goat was led on a victory lap and did not leave the Midshipmen until they reached Baltimore. It was then that the goat was dubbed "Bill." The name was borrowed from a pet goat kept by Commander Colby M. Chester, Commandant of Midshipmen from 1891-1894.

Bills That Made a Name for Themselves 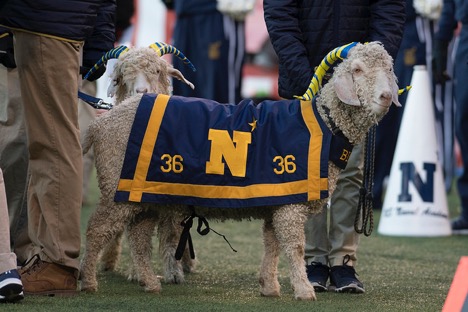 Bill the Goat is now an established household name in many Naval and military families, and people enjoy the presence of a live goat at games, especially the Army-Navy games. In January of 2021, we sadly said goodbye to Bill XXXIII. However, the USNA always ensures that two goats are ready to be designated the famed name of “Bill,” and the current Bill the Goats are Bill XXXVI and Bill XXXVII.

Celebrate Bill the Goat and join in on the team spirit with some authentic USNA Goat Gear at Navyonline.com. Every cent of purchase proceeds supports the Brigade of Midshipmen. Bill thanks you too.

Coming Soon to a Website Near You: A Brand New NABSD Experience! 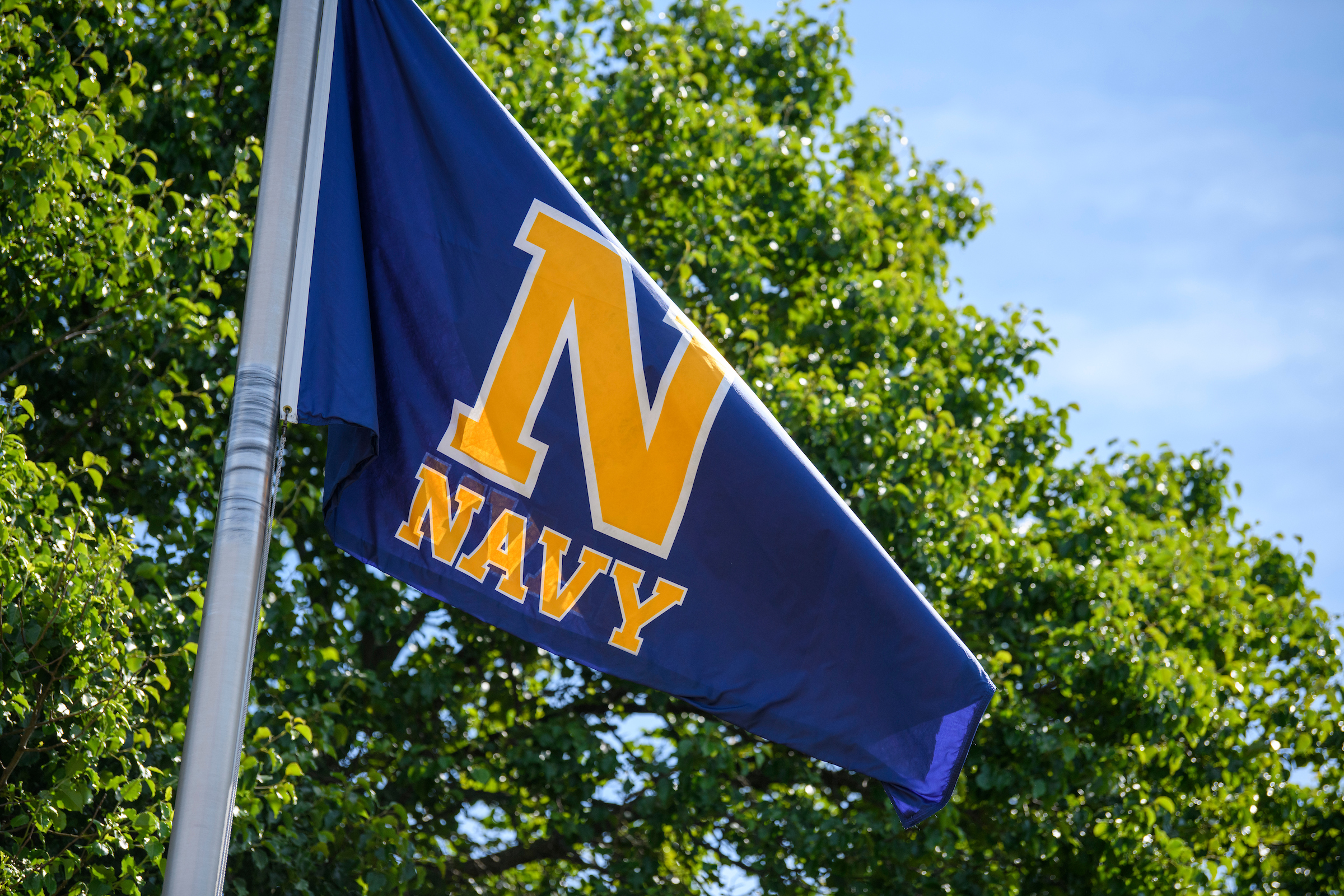 Bring the Yard Back Home