History of the USNA Pipes and Drums

Pipe bands are musical ensembles of bagpipers playing with a drum corps made up of tenor, snare, and bass drums. Although the establishment of the United States Naval Academy (USNA) Pipes and Drums band is relatively recent, similar bands have a much longer history of service to military organizations.

Pipers were an integral part of the Highland Clan society. When Highland Regiments were integrated into the British Army, pipers were included. Many Scots, especially those from the Western Isles, joined the navy and brought their pipes with them. Pipers were not officially sanctioned and were initially paid for by the officers.

The pipe band’s place in the British military was secured by the mid-1800s, when Queen Victoria’s love for Highland culture lead to the installation of five pipers and a Pipe Major in each Highland Regiment battalion. Pipers soon joined drummers to provide marching cadence and troop movement instructions during battle. Even today, members of the pipe band are military personnel first and serve as soldiers, sailors, and airmen.

British colonialism spread the tradition around the globe. Today, pipe bands reside and perform in the militaries of Australia, Brazil, Germany, Sweden, France, Canada, Jordan, the United Kingdom, and the United States. An eyewitness to George Washington’s first inauguration reported a New York regiment with bagpipers. There was a piper at the Alamo who jammed with Davey Crockett’s fiddle, the 79th NY Regiment of the Civil War era left New York with pipers, and there was a USMC Pipe Band which originated in Belfast in WW2. The US Air Force Pipe Band played at President Kennedy’s funeral. And today, US military pipers provide music in all areas the DOD has personnel.

In 1996, generous donations from the USNA Class of 1961 established an endowment that enabled the formation of the USNA Pipes and Drums band. The only other active duty U.S. military pipe band is the Corps of Cadets Pipes and Drums at West Point.

Members of the USNA Pipes and Drums band develop leadership skills within the structure of the pipe band institution, promote military spirit among Midshipmen, and embody the distinguished fighting spirit of the Navy. Part of the Musical Activities Department, the USNA Pipes and Drums band is comprised of bagpipers, Highland drummers, and Highland dancers. The band performs during official Naval Academy ceremonies and functions, such as Commissioning Week, as well as other military events and retirements.

The Midshipmen ensemble also travels during the year, proudly representing the USNA, to perform in concerts, march in parades, participate in Celtic and Renaissance festivals, and compete in pipe band competitions. Recent travels have taken the band to Scotland, New York, and Florida. While in Florida, the USNA took 1st Place in Pipes, 1st Place in Drums, and 1st Place Overall in their category at the Southeast Florida Pipe Band competition. The Pipes and Drums band uniform includes a kilt made from Polaris Military Tartan. This tartan pattern was designed in 1964 for the men serving at the United States Navy submarine base in Holy Loch, Scotland. The dark blue and green background colors represent the ocean, while the gold and blue overchecks are for the two crews of a nuclear submarine.

Midshipmen interested in auditioning to join the USNA Pipes and Drums band should contact the ensemble’s commander. Previous experience is not required. This is an opportunity to learn a skill that will last a lifetime.

The Pipes and Drums band is one of the many USNA groups and clubs Navyonline supports through the proceeds earned from purchases made both online and in person at the US Naval Academy Gift Shop. 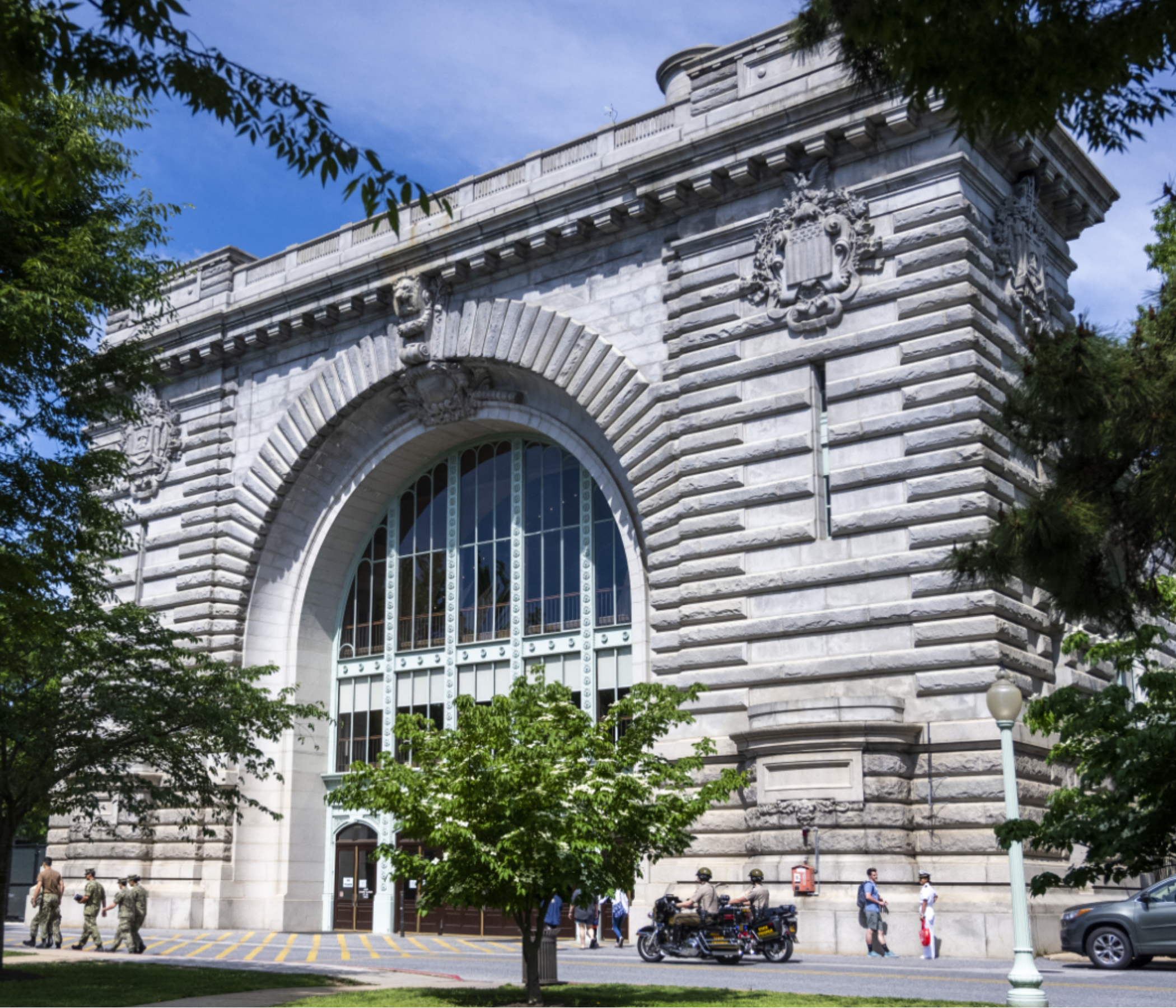 Behind the Scenes: Plebe Summer Prep