Black History Month, also known as African American History Month, is an opportunity to highlight and celebrate the achievements and contributions of African Americans. An idea born from Harvard-trained historian Carter G. Woodson and other notable African Americans, its origins date back to 1926. For its debut, a single week spanning the birthdays of both Abraham Lincoln and Frederick Douglass was chosen by the Association for the Study of Negro Life and History (ASNLH) as a proper time to raise awareness regarding the significant role African Americans have played in the nation’s history. Community response to the event proved popular with organizations nation-wide holding their own educational event and celebrations.

Informally expanded to the entire month of February, Black History Month was first officially designated in 1976 by President Gerald Ford.  President Ford urged the public to “seize the opportunity to honor the too-often neglected accomplishments of black Americans in every area of endeavor throughout our history.”

The United States Naval Academy (USNA) is proud to observe the significance of the month in a memorable Black History Month concert performed by the UNSA Gospel Choir.  This musical ensemble beautifully weaves together the vibrance and energy of a traditional gospel choir with the discipline and dedication Academy midshipmen famously possess. The choir is a multiethnic and multicultural assemblage, representing the wide array of faiths, history, and interests existing within the Brigade of Midshipmen. Their lively performances are inspirationally uplifting and their affinity for praise and worship through song is strong.

Directed by Mr. Michael Scott, the USNA Gospel Choir appears throughout the year at both the Naval Academy and around the country at churches, schools, and other community events. Most notably, the Gospel Choir performed on the steps of the Lincoln Memorial during President Barack Obama’s Inaugural Concert for a live audience numbering over one-half million people.

Besides the Gospel Choir Black History Month Concert, the USNA would like to shine a light on two highly distinguished black USNA graduates. 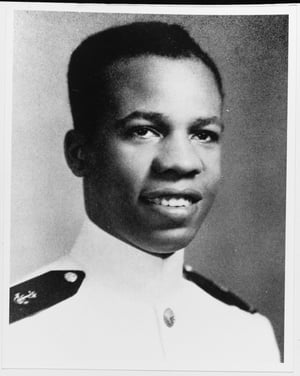 LCDR Wesley A. Brown (Ret.) became the first black graduate of the USNA in 1949. Despite being subjected to harsh treatment by his classmates, Brown persevered.  Eventually, a handful of midshipmen sympathetic to these hardships began to aid and guide him. One of those shipmates turned out to be the future President of the United States, Jimmy Carter.  He and Carter were also USNA cross-country teammates. The Wesley Brown Field House at USNA is named in Brown’s honor.

Graduating in 1949 with a class rank of 370 out of more than 800, LCDR Brown (Ret.) went on to serve 20 years in the Navy as a Civil Engineer.  His many career accomplishments include designing a water treatment plant in Cuba and a nuclear plant in Antarctica. 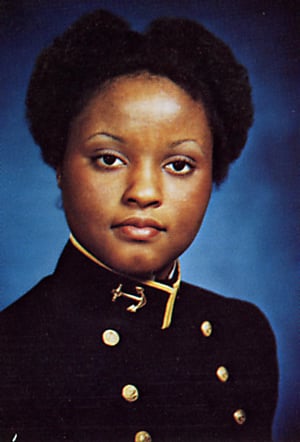 It was more than 30 years later when the first black female midshipman would graduate from the Academy.  In 1975 when Congress authorized admittance of women to the US service academies, Janie L. Mines was the only African American woman of the 81 women to enter the Naval Academy.  In 1980 she graduated with a Bachelor of Science in General Engineering. During her Naval career, Mines served as a Supply Corps Officer with assignments at the Naval Training Center (NTC), Orlando, the Pentagon, aboard the USS Emory S. Land, and as a Senior Advisor in the Office of the Secretary of the Navy.

Ms. Mines currently serves as an independent executive management consultant and is a member of the Defense Advisory Committee on Women in the Services (DACOWITS).  Though her Naval career is over, Mines continues to have a positive impact on the Navy through her mentorship of midshipmen and Naval Officers.

During this year’s Black History Month Concert, the USNA Gospel Choir will be celebrating its 35th anniversary.  Held on February 9th at 4:00 in the USNA Main Chapel, the concert is open to the public.  Tickets are $19 and may be purchased online at http://navyperforms.showare.com/, by calling the box office at 410-293-TIXS (8497), or at the door on the afternoon of the concert. 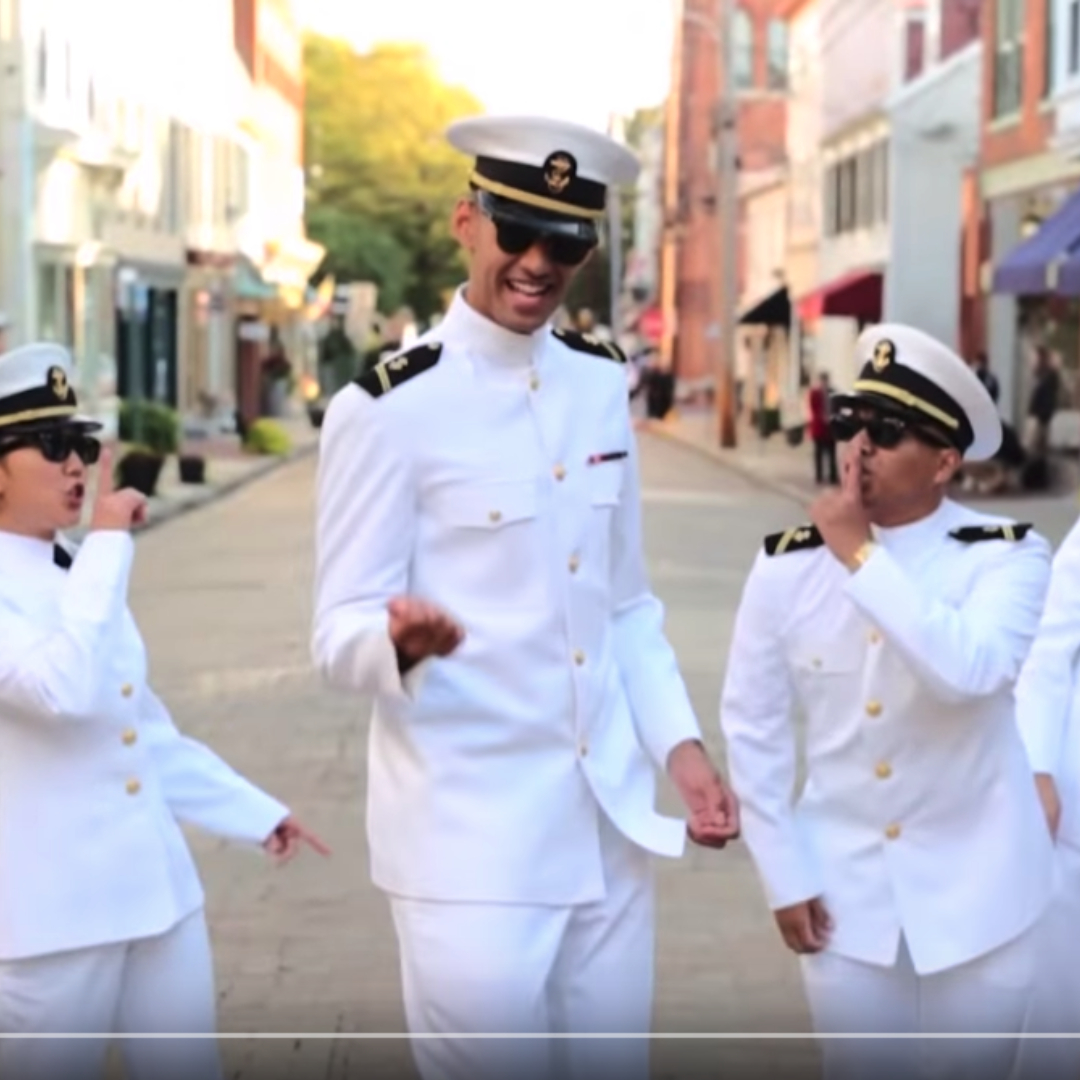 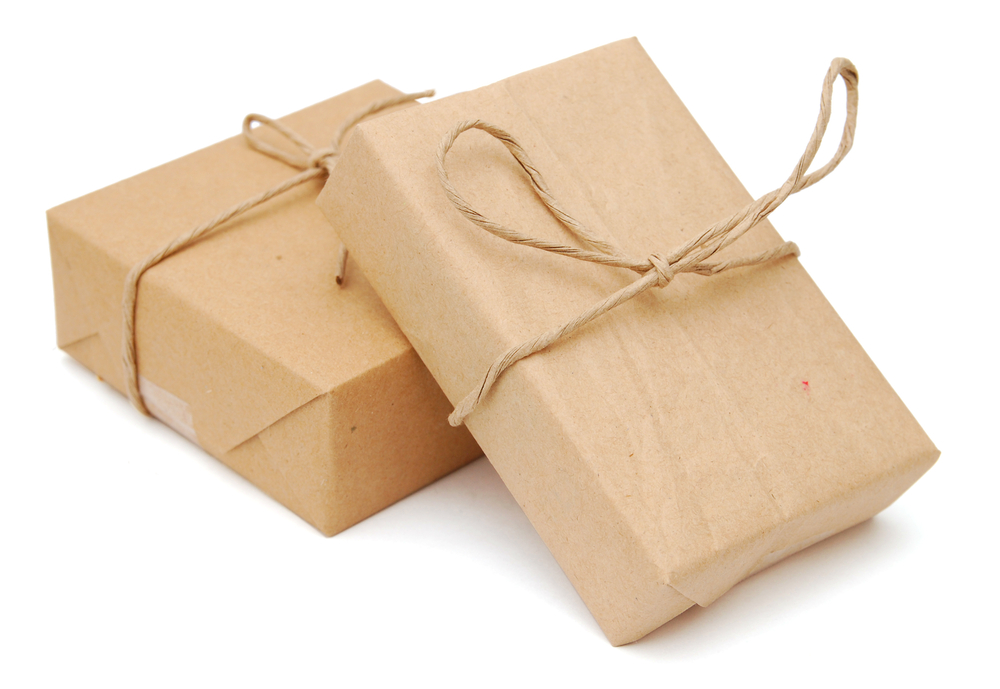