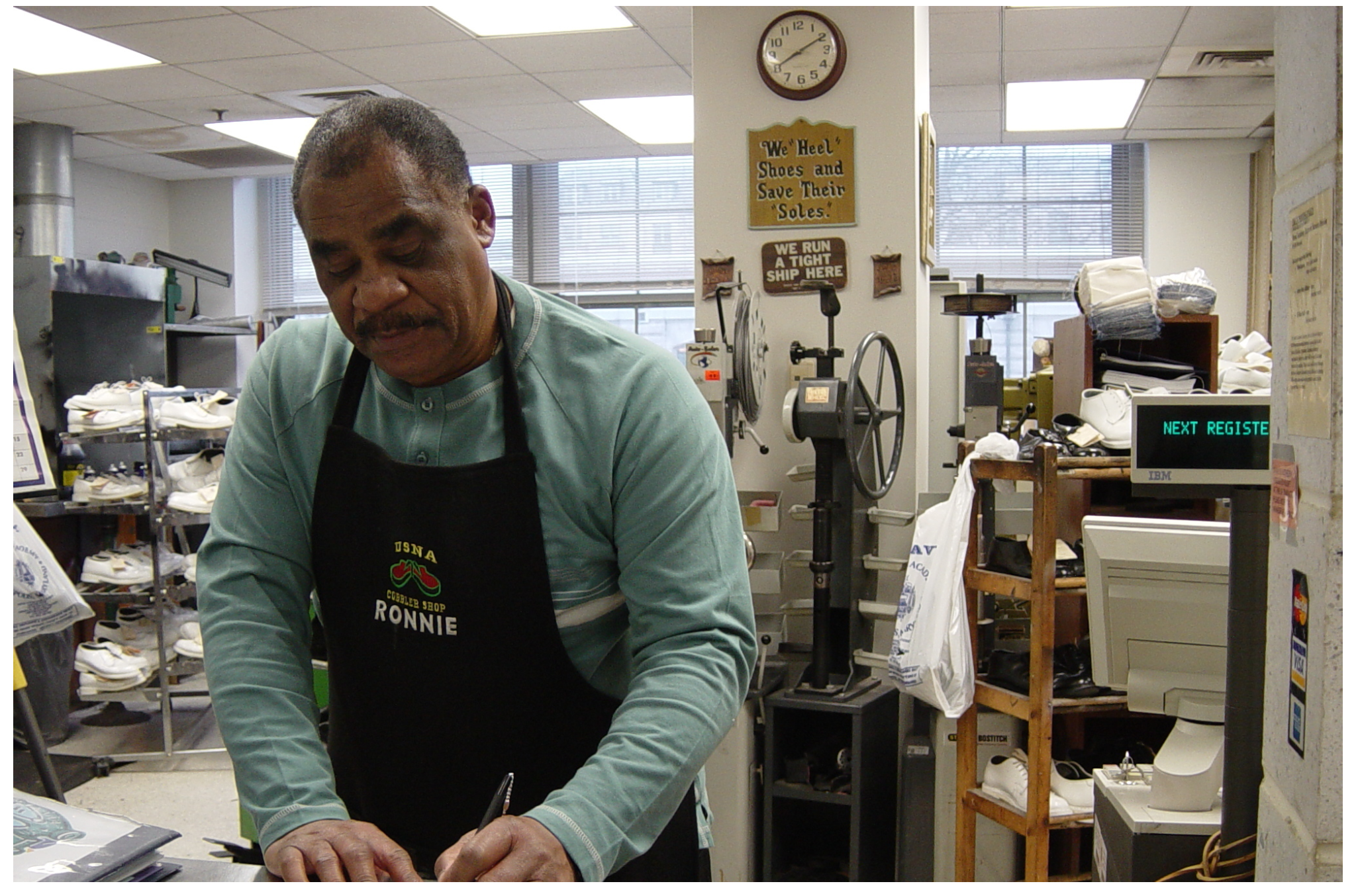 Cobblers, the dessert, are the result of true American ingenuity.  Early settlers craving traditional British puddings were forced to pull from whatever items were available in their pantries and throw a similar dish together.  The resulting biscuit and fruit dessert may be what most Americans envision upon hearing the term “cobbler”, however, the original definition of the word has a much longer history.

For as long as people have worn shoes, there have been cobblers.  While shoemakers, or cordwainers, who worked the leather to design and manufacture shoes, once sold, the shoemakers were done with them. Instead, it was the cobblers whose job it was to mend them after wear and tear began to take their toll on shoes.

The Cobbler Shop at the United States Naval Academy (USNA) is just one part of a critical system of services that go into the care and education of the Brigade of Midshipmen.  The Naval Academy is the only service academy to have an on-site cobbler shop.  Its unique status is well-represented on a sign, gifted to the shop from a former Midshipmen.  Prominently hung on the wall of the Cobbler Shop, it proudly states, “We heal shoes and save their soles”. 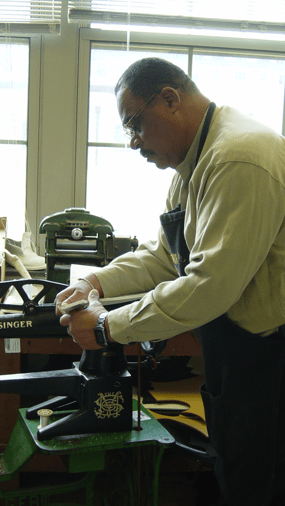 Midshipmen can wear the same pair of black oxford uniform issue shoes throughout their years at the Naval Academy.  But that is only if they take steps to properly care for them. Between parades, drilling, and athletics, midshipmen footwear undergoes a significant amount of abuse.  Given what precious free time Midshipmen have, there is little doubt the trained cobblers are a valued resource.  Located in the 5th Wing Basement of Bancroft Hall, the Cobbler Shop is a convenient stop even on the most hectic of days.

While “cobbling” something together may sound like a hasty or quick fix, that is far from what happens in the hustle of the Academy’s Cobbler Shop.  The skilled craftsmen operating the shop have yet to find a shoe or boot that cannot be repaired.  From heel replacements to repairing rips, whatever the wear or damage is, it can be fixed.  However, there’s one thing the Cobbler Shop could do that it won’t. The cobblers will not clean shoes.  That’s a skill every Naval Officer must possess, and it is part of their training during their time at the Academy. After all, the Cobbler Shop won’t be there to clean or shine shoes after joining the Fleet.

For decades, the Cobbler Shop has been staffed by trade-school trained cobblers with more than 100 years of cobbling experience between them.  Working from 0730 to 1600, these cobblers use a variety of specialized machinery and a variety of well-stocked materials to stitch, stretch, and mend footwear in support of the Brigade. Outside of the shop, these leather workers also advise and provide expert tips to other segments of the Academy, such as Navy Gymnastics when seeking to repair their own leather equipment. 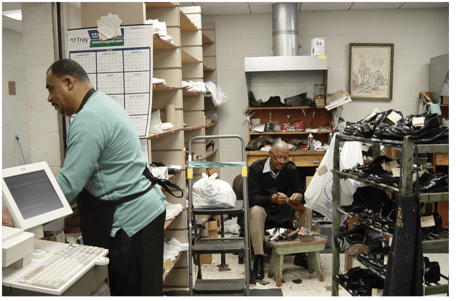 Repairs for all items that have been issued to Midshipmen are covered by the fees deducted from monthly stipends.  Personal items will also be repaired at a reasonable charge. Shoes and boots are not all that the Cobbler Shop can tackle.  Beyond common issues like a Bates Blowout, the cobblers can make repairs to backpacks, purses, and other leather items. In addition to serving the Brigade, Naval Officers, enlisted personnel, and USNA faculty and staff are authorized to use the Cobbler Shop.

The Cobbler Shop is one of the many services provided to Midshipmen by the Naval Academy Business Services Division (NABSD). All profits earned through NABSD services are returned to the Brigade of Midshipmen to support extracurricular activities and club sports. 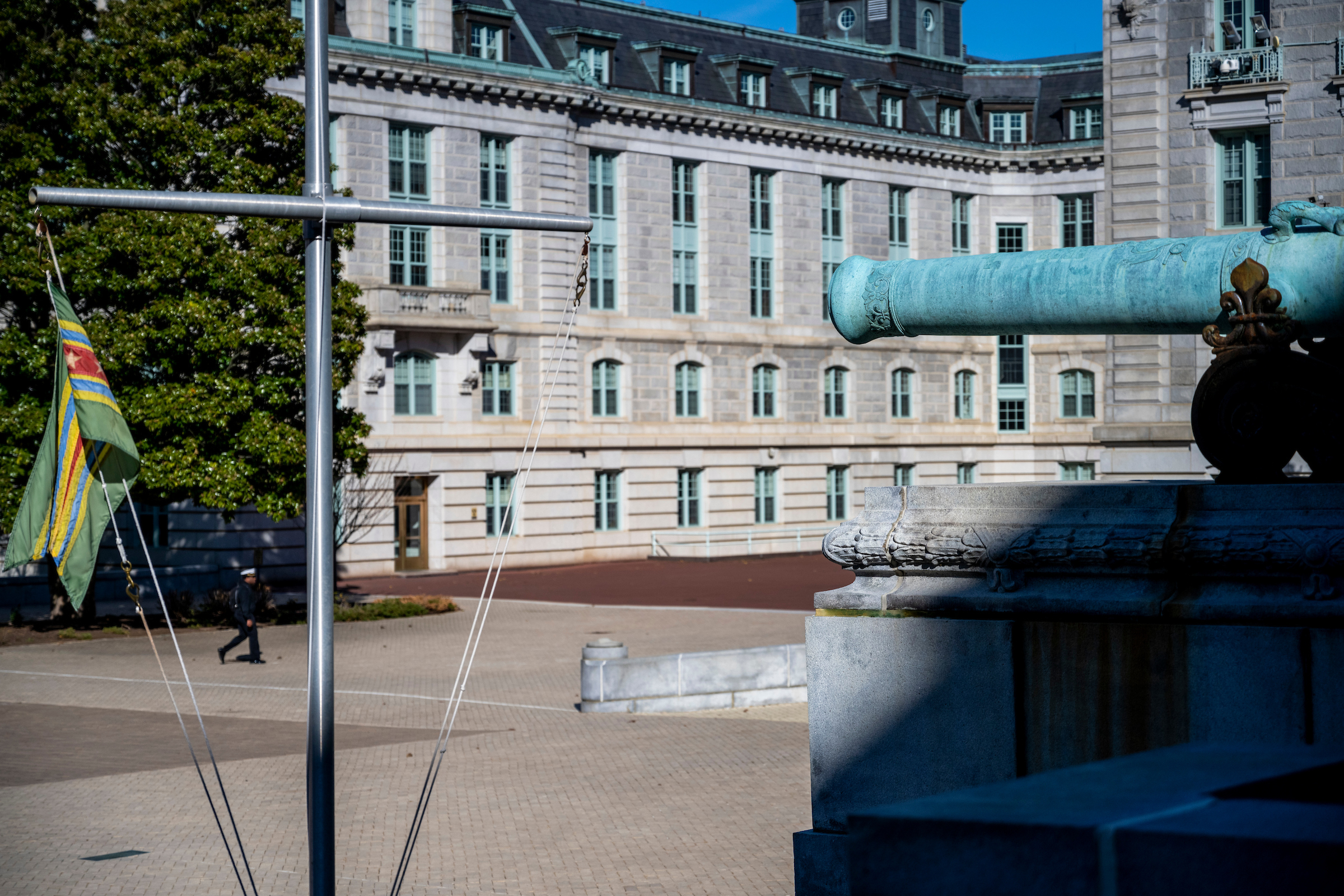 Tours and Tea at USNA 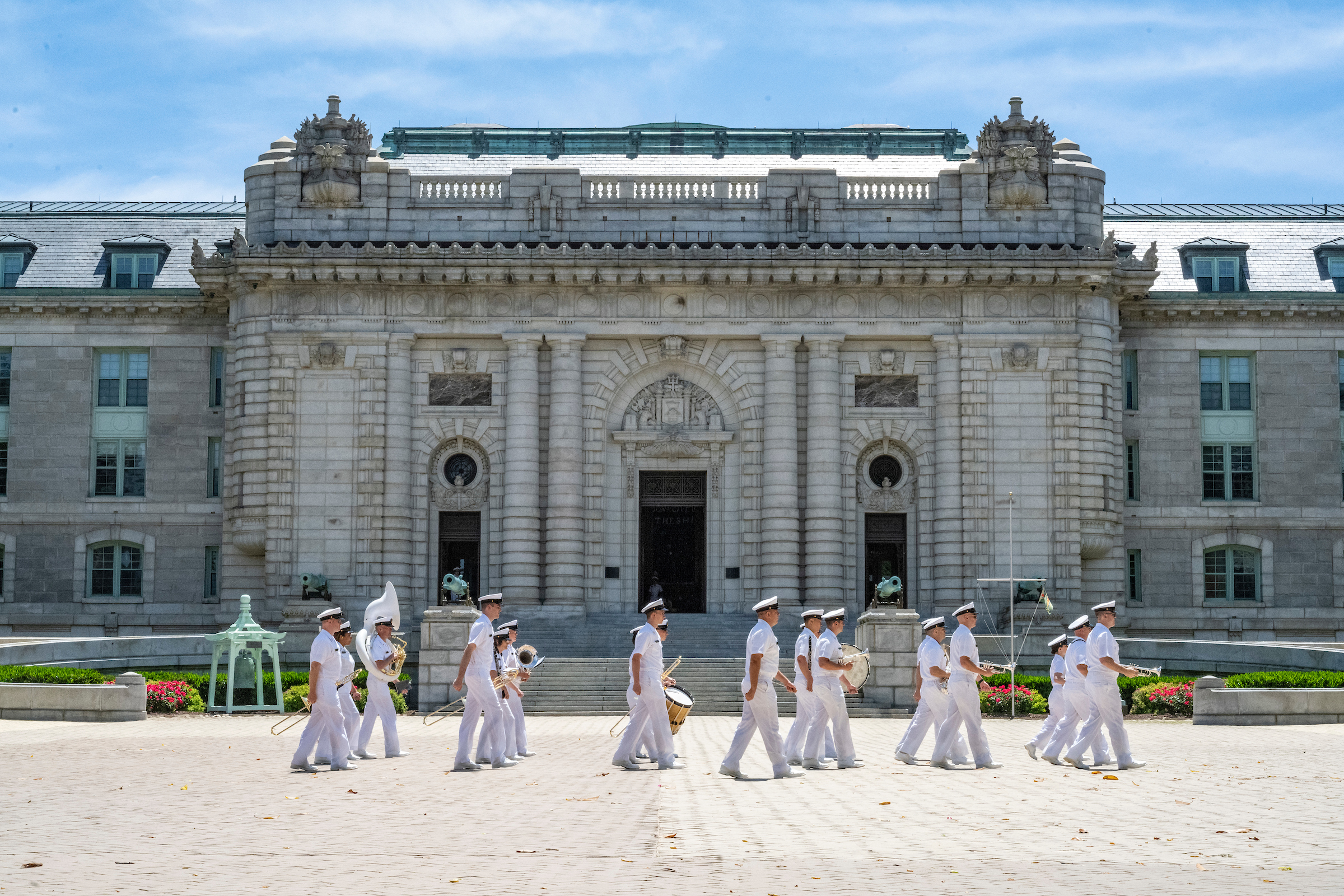