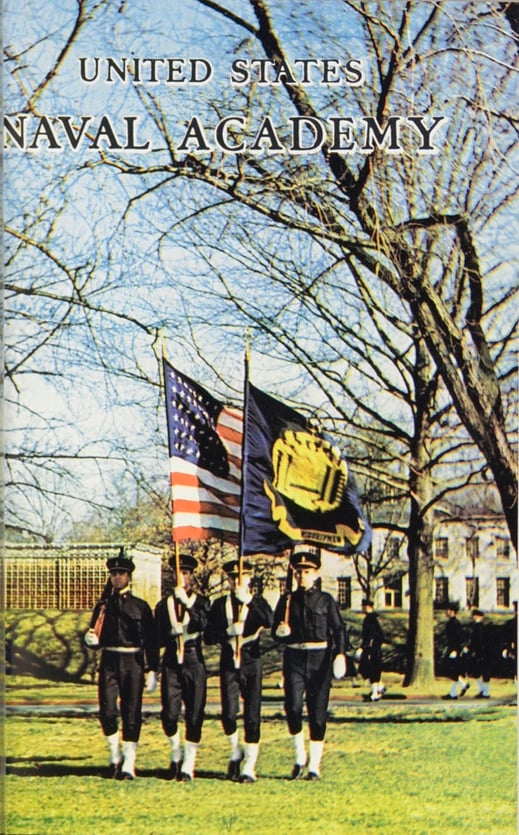 Where and when the first flag was flown has not been precisely identified, but it is widely believed flags were originally used as field signs during warfare dating back as early as 3000 B.C.E. Evolving over the millennia, flags of the European High Middle Ages began to feature the coat-of-arms as a knight’s heraldic device in battle. Then, as people began to venture further from their homelands and travel under sail on the high seas, it became customary to fly flags designating a vessel’s nation of origin.

Modern-day flags are predominately rectangular pieces of fabric with a distinctive design used symbolically to identify a specific nation or other collective groups. As flags date back thousands of years, it may be surprising to discover that the flag of the United States Navy has a relatively recent origin, and that its use is strictly controlled.

For many years, the Navy’s unofficial flag was the Infantry Battalion Flag. It was not until 1959 that President Dwight D. Eisenhower officially authorized what we recognize today as the flag of the United States Navy.

Appropriately set against a navy blue field, the circular graphic in the center of the flag features the same four elements that every Navy seal has included since the modern department of the Navy was founded in 1798. These four elements are the sea, a ship under sail, an eagle, and an anchor. One main distinction between the seal and the flag’s design is that the seal of the Department of the Navy includes sea and shoreline to also represent the navy’s land-based operations.  A yellow scroll inscribed with “United States Navy” resides below the circular graphic. Finally, the flag’s free edges are fringed in yellow.

It should be noted that despite the long history between sailing ships and flags, U.S. Navy ships are not authorized to fly the Navy’s flag. While it may be used indoors, on ship quarterdecks, and in official ceremonies and parades, it may not be used in permanent outdoor displays. Official U.S. Navy flags are reserved for official use and are not available to individuals or civilian organizations.

At the United States Naval Academy (USNA), in accordance with Eisenhower’s executive order, the Department of the Navy Flag is not flown outdoors.  However, it is used extensively by the color guard in the many parades and ceremonies that take place throughout the year on the Yard.

Set against a dark blue field, at the top of the coat-of-arms design is the crest, composed of a hand grasping a trident.  In the center is the shield.  On the shield is an ancient galley ship coming into action.  Below the ship is an open book representing education.  Beneath the shield is the motto on a banner stating, “Ex scientia tridens”, Latin for “From knowledge, sea power”.  The supporters to each side of the shield are two stately columnar structures topped and flanked by banners stating “US” at the top, “Naval” on the left, and “Academy” on the right.  The seal is raised in gold, with blue lettering and blue seas beneath the ancient galley ship on the shield.

The National Ensign and USNA Brigade Flag are flown at Tecumseh Court, the Administration Building, and Halsey Fieldhouse. After reveille at 0630 on weekdays and 0730 weekends and holidays, morning colors are observed at 0800.  The colors are retired each day at sunset. 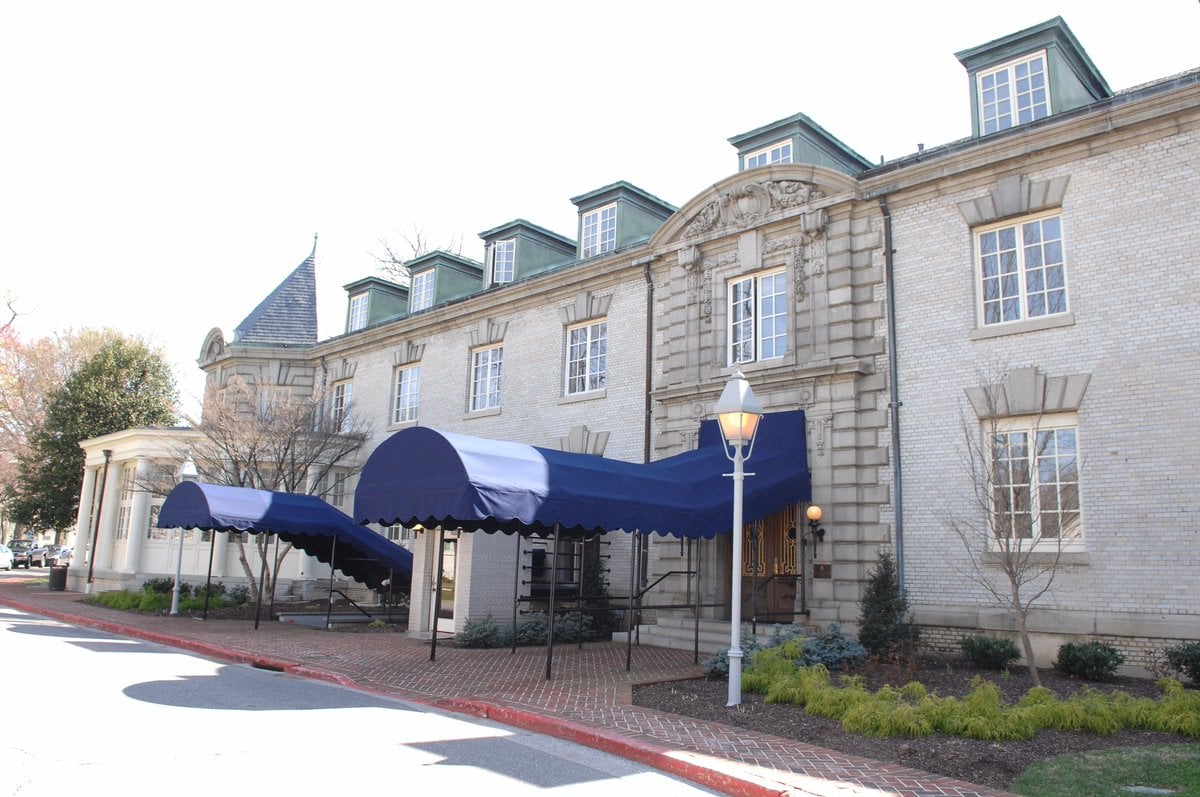